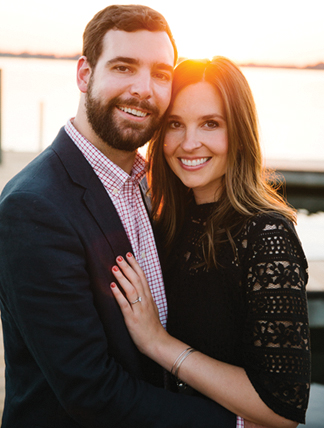 Dr. and Mrs. Cecil Owen Myers Jr. of Americus announce the engagement of their daughter, Meredith Carolyn Myers of Atlanta, to Jamison Tyler Mazey of Atlanta, son of Dr. and Mrs. Richard Michael Mazey of Mobile, Alabama.
The bride-elect is the granddaughter of the late Mr. and Mrs. Claude Ellington Silvey of Greensboro, Ga., and the late Mr. and Mrs. Cecil Owen Myers Sr. of Smithville. She is a 2004 graduate of Southland Academy and a 2008 graduate of the University of Georgia with a bachelor of science in psychology. She was a member of Phi Mu at UGA. She received a master’s of arts in teaching in 2011. She is employed in operations and sales for Axion Biosystems, a biotechnology company in Atlanta.
The future groom is the grandson of Mrs. Leslie Ernest Kerr of Corbin, Ky., and Mrs. James Francis Morrissey of Louisville, Ky., the late Dr. Leslie Ernest Karr of Corbin, Ky., and the late Lawrence Mazey of Louisville, Ky. He is a 2003 graduate of UMS-Wright Preparatory School. In 2007, he graduated from the University of Colorado at Boulder with a bachelor of science in finance. He graduated New York Law School with a juris doctorate in 2011. He is an E-Discovery Litigation Project Manager with the Partners Group in Atlanta.
The wedding is planned for May 20, 2017, at First United Methodist Church in Americus.