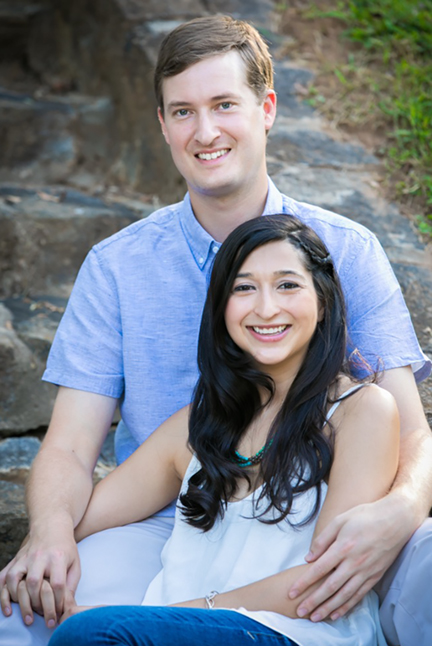 Victoria Kay McLeod of Americus, Georgia, and Dr. T.R. Shantha of Stone Mountain, Georgia, announce the engagement of their daughter, Lauren Asha Ruth Shantha of Decatur, Georgia, to Frank Walter Woodling of Decatur, Georgia.
The bride-elect is the granddaughter of the late Mr. and Mrs. Thomas E. McLeod of Americus, Georgia, and the late Totada Ramaiah and Gowramma of Devigere, Karnataka State, India. She is a 2005 graduate of Woodward Academy. She completed her bachelor of science degree in communications and a minor in English at Kennesaw State University. She is a real estate agent and operations manager with Keller Williams Real Estate Co. with Linde Moore and Associates.
The future groom is the son of Edith Woodling and James Dillon of Atlanta, Georgia, and the late Frank Smith Woodling of Pasadena, California. He is the grandson of the late Mr. and Mrs. Walter F. Walker of Chattanooga, Tennessee, and the late Mr. and Mrs. Homer Holland Woodling of Pasadena, California. He is a graduate of Pace Academy, 2005. He is a graduate of the University of Georgia with a bachelor of science degree in international business and finance. He has worked at Auraco Co., and will be attending Emory University enrolled in the Emory’s School of Business master of business administration program.
The nuptials are in August in Highlands, North Carolina.