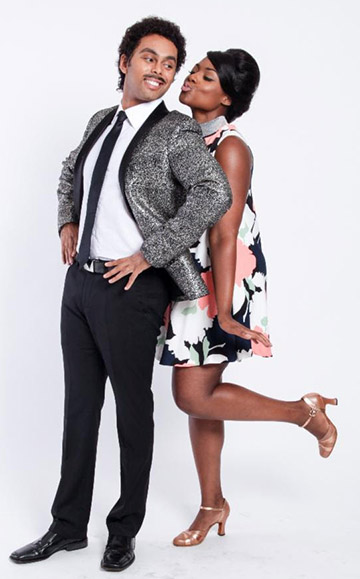 AMERICUS — The 2019-2020 Friends of the Rylander Presenter Series officially kicks off with the music of Motown and Soul. Cruising Steady is a tribute to the music and lifelong friendship of Aretha Franklin and Smokey Robinson. Portrayed by Broadway stars Patrice Covington and Jesse Nager, the actors met while both performing in Motown the Musical on Broadway where Nager portrayed Smokey Robinson and both were fortunate to spend time with the musical icons.

Covington has performed in The Color Purple, Motown the Musical, and Dreamgirls on Broadway. The show features hits such as “Respect,” “I Second That Emotion,” “Chain of Fools,” “My Girl” and many more. “The friendship between Smokey and Aretha is such a sweet story and almost everyone loves their music, so I felt like this was a great way to kick off the new season,” says Rylander Director, Heather Stanley. “And actually one of the stars, Jesse Nager, has performed at the Rylander before in 2015, as part of The Broadway Boys so that’s always exciting when paths cross again.”

Tickets are $25 reserved seating. This performance is presented by the Friends of the Rylander Theatre as part of the 2019-2020 Presenter Series season. For Ticket information please call the Rylander Box Office, Tuesday—Friday 11a.m.-4 p.m., at 229-931-0001.

By Beth Alston   AMERICUS — Hot and dry weather conditions failed to keep folks away from an open house... read more