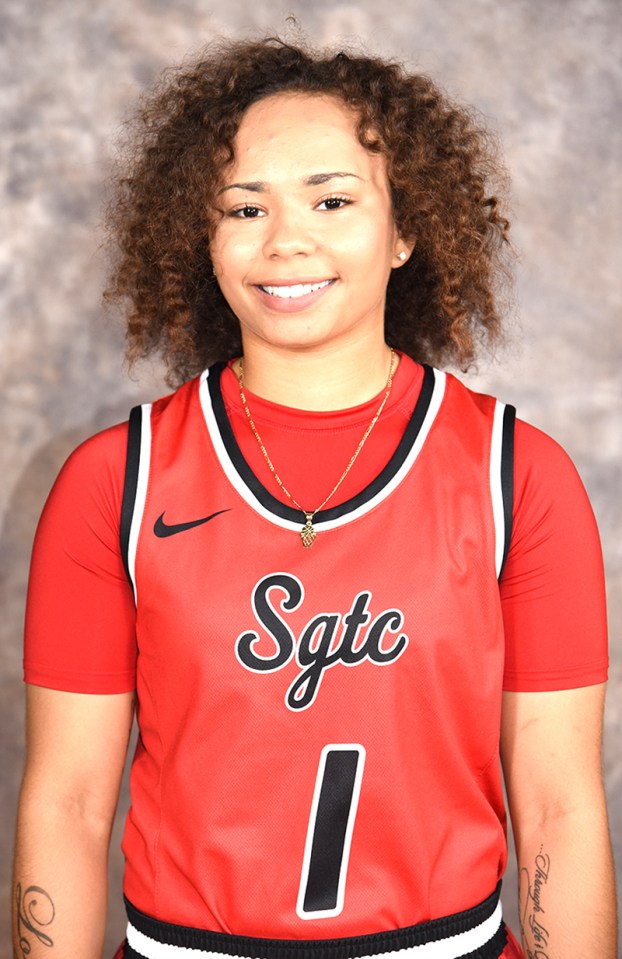 SGTC sophomore guard Shamari Tyson has earned GCAA Player of the Week honors for the past two weeks. Photo by Su Ann Bird

AMERICUS – South Georgia Technical College (SGTC) Lady Jets sophomore Shamari Tyson was selected as the Georgia Collegiate Athletic Association (GCAA) Division I women’s basketball Player of the Week for the past two weeks. This is the eighth time that the nationally ranked Lady Jets have had a Player of the Week in the past 13 weeks and the fourth time for Tyson.

The Fort Wayne, IN native helped the Lady Jets overcome a 21-point deficit to defeat Georgia Highlands on Wednesday, February 12 and clinch their fifth consecutive GCAA conference win. She scored 29 points, grabbed five rebounds, dished out four assists and tallied five steals in that conference victory. That effort allowed Tyson to capture the GCAA Player of the Week honors for the week of February 17.

Tyson had also earned the GCAA Player of the Week honors for the week of February 10, when she averaged 20 points, 7.5 rebounds, nine assists, and three steals in the Lady Jets two conference wins over Andrew College and Central Georgia Technical College.

Tyson transferred to SGTC from South East Illinois College, where she was a third team All-American as a freshman. She was first named GCAA Player of the Week on November 11, 2019 when she averaged 17.5 points, 4.5 rebounds, five assists and three steals for the Lady Jets in two games.

She was also nominated for the week of January 13 after the Lady Jets captured conference wins over Andrew College and Georgia Highlands. Tyson averaged 18 points, 4.5 rebounds, 4.5 assists, and three steals in those two conference wins.

In addition to Tyson, sophomores Yasriyyah Wazzeerud-Din and Niya Goudalock, along with freshman center Femme Sikuzani, have also been selected for this honor during the 2019-2020 season.

Despite already clinching the regular season championship, the Lady Jets have two more conference games. They will travel to Griffin, GA on Wednesday, February 29, for a double-header with the Jets against South Crescent Technical College. The Lady Jets will then travel to Albany on Saturday, Feb. 25, to face Albany Tech at 1 p.m.

As the GCAA Regular Season Conference champions, the Lady Jets will host the NJCAA Region XVII tournament on Friday and Saturday, February 28-29. The Lady Jets kickoff the tournament on Friday at 6 p.m. against the fourth-place team in the conference with the second and third-place teams facing each other at 8 p.m. The winner of those two games will play at 2 p.m. on Saturday, February 29, for the opportunity to advance to the District J Championship and possibly the NJCAA National tournament.