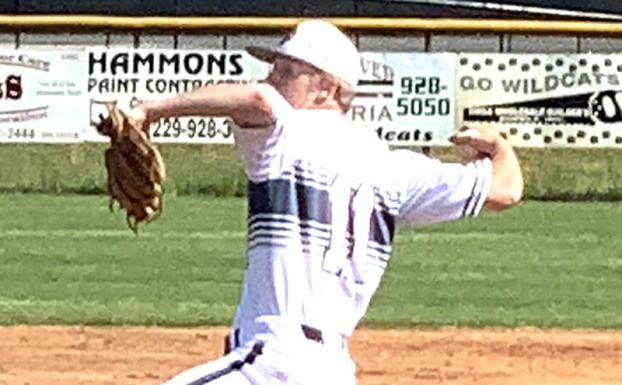 Wildcats suffer first loss of the season at Brookstone

COLUMBUS – The Schley County Baseball Team (SCHS) had a very difficult time trying to solve the dominating performance of Brookstone starting pitcher Adam Lowery. As a result, the Wildcats suffered their first loss of the season as the Cougars shut them out 4-0 on Friday, March 13, at Brookstone High School (BHS).

Lowery pitched all seven innings for BHS. He gave up no runs on one hit, walked two and struck out nine SCHS batters.

The only hit the Wildcats were able to muster against Lowery was a one-out single by Trypp Lumpkin in the top of the seventh inning. SCHS also struggled in this game defensively as they committed four errors on the day. 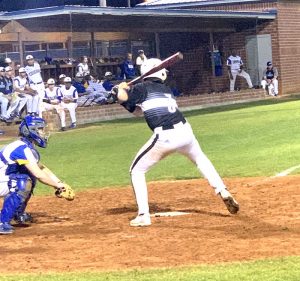 Trypp Lumpkin got the only hit of the game in the Wildcats’ 4-0 loss to Brookstone.
ATR Archive

Norman then stole second base and a pitch hit the next batter, Dell Davis.

The bases were loaded for Sam Kilgore and he delivered an RBI single to score the Cougars’ third run of the game.

BHS added another insurance run in the bottom of the fifth. With two outs and a runner on second, Kilgore drove in another RBI on a single to center field. That would be all the runs the Cougars would need and they would go on to win 4-0.

Dylan Taylor started in the mound for the Wildcats. Taylor pitched 2.2 innings and allowed three unearned runs on one hit. He walked one batter and struck out two.

Trent Bivins came on in relief of Taylor and pitched 2.1 innings, allowing one run on two hits. He walked two batters, but struck out five.

Due to concerns about the spread of the Corona Virus, the Georgia High School Association (GHSA) has decided to suspend play for the nest two weeks. It is hoped that play can resume by Saturday, March 28.

AUGUSTA, GA – The Peach Belt Conference Board of Directors has announced that all competition for the remainder of the... read more