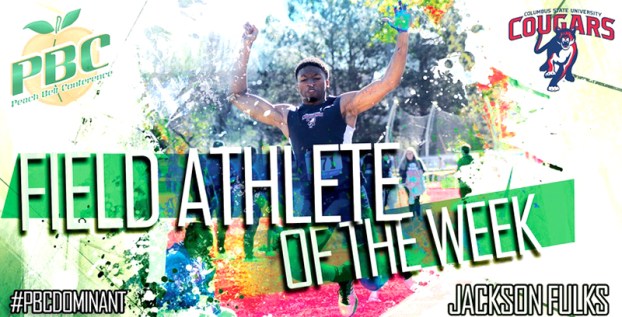 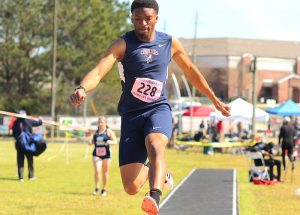 A freshman at CSU, Fulks captured the long jump and was second in the triple jump at the Adonica Ferguson Classic as the Cougars won the event by 30 points. Fulks soared 6.95 meters in his third attempt on the long jump, finishing second in the event by .07m, the longest of the year in the PBC. Fulks also ran the 100-meter and 200-meter dashes and finished fifth in the 200.

As a senior at Schley County High School in 2019, Fulks helped the Wildcats win the Area Meet by winning the Long Jump, Triple Jump and the 200-Meter Dash. 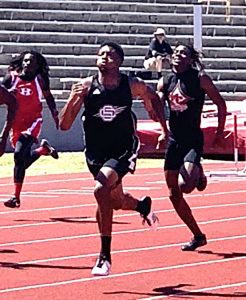 When he was a senior at Schley County High School, Jackson Fulks finished as the state runner-up in the Triple Jump and finished in third place in the Long Jump at the GHSA State Meet a year ago.
ATR Archive

In the 2019 GHSA State Meet, Fulks finished as the state runner-up in the Triple Jump and finished in third place in the Long Jump. He also finished in fourth place in the 200-Meter Dash with a time of 22.65.

The Lady Panthers’ March to Macon and to the state championship

AMERICUS – It all started on Saturday, November 23, when the Americus-Sumter High School girls’ varsity basketball team began their... read more