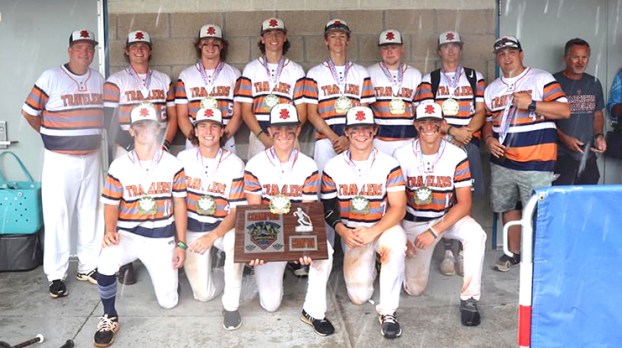 MYRTLE BEACH, SC – Americus has another champion. It’s the 15U Americus Travelers Baseball Club (ATB). The club traveled to Myrtle Beach, SC this past weekend to compete in the Top Gun Summer Nationals at Grand Park at Market Commons. They did more than just compete, however. They won six straight games to win the tournament and claimed the club’s second national championship since 2007.

“We had a great week here in Myrtle Beach. Grand Park at Market Commons was a great facility. The Top Gun staff did a great job with the event,” said ATB Head Coach Tim Estes. “We really hit the baseball well throughout the entire tournament. We were aggressive on the bases. All of our pitchers were efficient and threw the ball really well. I feel like because this team has been together for three seasons and our chemistry is so good, that played a major role in our season.”

For the most part, the Travelers dominated the competition, going undefeated in their first four games in pool play and outscoring their opponents by a total of 47-8.

As a result, they emerged from pool play as the #1 seed and earned an automatic bye to Sunday’s semifinals. In their semifinal game, they faced the Palmetto State Wolverines (PSW), a team they had already beaten 16-2 in pool play the day before. 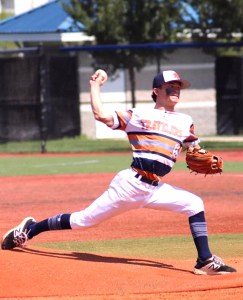 Americus Travelers pitcher Thomas Ray struck out seven batters and pitched four scoreless innings in leading the Travelers to a 9-0 victory over the Palmetto State Wolverines in the semifinals of the Top Gun Summer Nationals.
Photo by Angel Lamb

Thomas Ray pitched the entire game and was in total control. Ray gave up no runs on four hits, struck out seven batters and walked only two. The ATB offense got things going right away in the bottom of the first inning by scoring the first four runs of the game. Ray and Caden King led off the inning with back-to-back singles. After Chase Ledger struck out for the first out of the inning, Thomas “Chewy” Willis drove in Ray on an RBI single for the Travelers’ first run. Landon Kight then drew a walk to load the bases for Owen Lamb. Lamb grounded into a fielder’s choice, allowing King to score. Then Tripp Thomas capped off the inning with a two-run double to give ATB a 4-0 lead.

The Travelers added two more runs in the bottom of the third. With runners at second and third with two outs, Peyton Tompkins belted a two-run double into left field to increase the lead to 6-0. Then in the bottom of the fourth, the Travelers added three more runs. King led off the inning with a single and Ledger knocked in King on an RBI double to center field. Willis followed that up with a single, putting runners at first and third with nobody out. After Willis stole second base, Kight singled to center field, driving in Ledger and Willis to complete a 9-0 victory over the Wolverines and a berth in the tournament’s championship game.

In the semifinal game against PSW, King led the Travelers’ offensive attack by going 2 for 2 at the plate with two runs scored and a walk and Willis went 2 for 3 with two runs scored and an RBI. In addition to the production of King and Willis, Thomas, Tompkins and Ledger each had a double in this game. Tompkins and Thomas each drove in two runs, while Ledger had one RBI.

The Travelers would face the SC Force 15U club in the championship game on Sunday. The two teams had previously met on Friday in pool play and the Travelers won a hard-fought contest by the score of 6-4. However, in this second meeting, the Travelers dominated from start to finish and defeated the Force 8-1 to take the tournament championship. 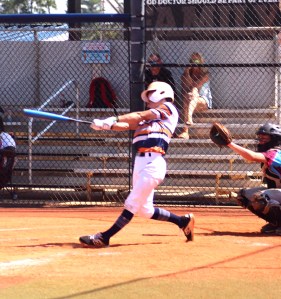 Thomas Ray went 2 for 3 at the plate with a double, a triple, two runs scored and an RBI in the Travelers’ 16-2 victory in pool play over the Palmetto State Wolverines at the Top Gun Summer Nationals in Myrtle Beach, SC.
Photo by Angel Lamb

ATB added another run in the bottom of the third when Owen Lamb singled to right field, driving in King to make it 5-1 in favor of the Travelers.

ATB put the icing on the cake in the bottom of the fifth inning by tacking on three more runs on two hits, two walks and two more hit batsmen. 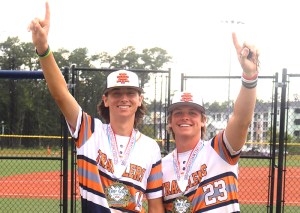 Owen Lamb (left) and Chase Ledger (right) celebrate after winning the Top Gun Summer Nationals. Both players played with each other during their youth baseball days in the Sumter County Parks and Recreation Department.
Photo by Angel Lamb

With runners at first and third and nobody out, Lamb drove in Willis on an RBI single. After a pitch hit Tripp Thomas, Gavin Lacey drove in Landon Kight on a sacrifice fly. Dylan Davis then drew a walk off SC Force pitcher Brody Fowler, which loaded the bases for Peyton Tompkins. Tompkins was also hit by a pitch, which allowed Lamb to score the Travelers’ final run of the game and the tournament.

In total, the Travelers scored eight runs on six hits and committed no errors in the championship game. The Force, on the other hand, struggled both offensively and defensively. They scored one run on three hits and committed three errors. Ledger had another solid performance on the mound for the Travelers. The Southland Academy right-hander pitched all five innings, giving up one earned run on three hits, walking none and striking out four batters.

Ledger’s teammate and friend from Sumter County recreation baseball days, Owen Lamb, led the Travelers on offense. Lamb went 2 for 2 at the plate with two runs scored and two RBIs.

“I can’t say enough about our fan base,” said Estes. “We had a great crowd of supporters on hand and so many more that were sending messages and encouraging us. Travelers baseball is truly a family and I tip my cap to all who were a part of it.” 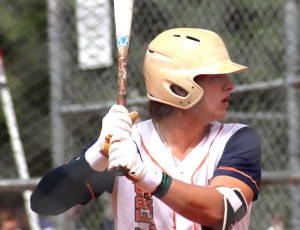 Chase Ledger is seen here batting. In the Travelers’ last three games of the tournament, Ledger went 3 for 7 at the plate with three RBIs and three runs scored.
Ledger also struck out four batters in the club’s 14-1 victory over the Makos 15U team during pool play.
Photo by Angel Lamb

According to the club’s website, www.americustravelers.com, Estes founded the club in the summer of 1995 for young men ages 18 and under who resided or attended school full-time in Sumter County. Estes started the program as “an alternative to American Legion baseball, feeling that players from Americus should not have to compete for playing time with kids from other counties.”

The club has produced numerous players who have gone on to excel at both the junior college level and at NAIA and NCAA college programs. The Americus Travelers Baseball Club has also produced six players who went on to be drafted by MLB clubs.

According to the club’s website, the Americus Travelers Baseball Club is “committed to character development, as well as winning baseball.” The club strives to provide a program where the important lessons of life can be learned, as well as the skills of the game. The club strives to provide an environment in which the concepts of character, integrity, teamwork and ethical behavior are emphasized and reflected in both the coaches and the players. The program aims to develop not only better players, but better young men as well so that they can be champions both on and off the field and advance to the next level of play.

For more information about the Americus Travelers Baseball Club, go to www.americustravelers.com.

From Staff Reports     MYRTLE BEACH, SC – The 15U Americus Travelers Baseball Team (ATB) showed why they have... read more