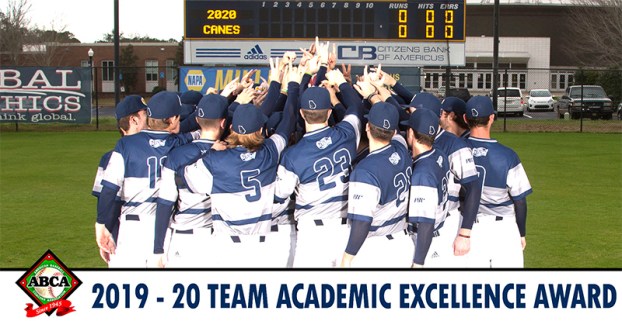 The Hurricanes, who were one of the 423 college and high school programs nominated, were honored with this year’s award after posting a 3.244 team GPA for the entire 2019-20 academic year. Overall, a total of 54 NCAA DII teams received the award; including GSW’s fellow Peach Belt Conference foe North Georgia.

Coaches were able to nominate their teams for the ABCA Team Academic Excellence Award following the conclusion of their spring semesters prior to the nomination deadline. To be honored, teams had to meet the following criteria: