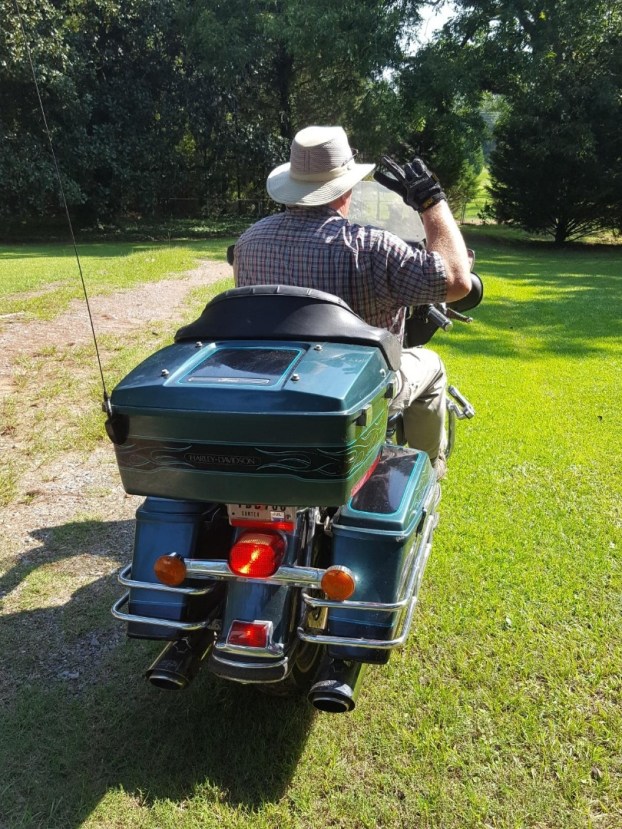 Chief Mike Tracy: What the Resume Doesn’t Tell You

Mike Tracy served as the Chief of Police for Georgia Southwestern State University.

At the age of 12, a young Mike Tracy was tasked with fetching milk for his family’s breakfast table. While another 12-year-old might find an early morning trek into town to be a daunting one, Mike cranked up the car and took off for the store. The first half of the trip went well, and with milk in hand, he began his trip back home. Driving takes a lot of focus for any age, but at 12, there is much on the line. With too much to achieve, activating the headlights does not seem to be a priority, however on this day it would prove to be. Although Mike got it partially correct in that he was using parking lights, it wasn’t enough. As with most of us, when a cop pulled up behind him, the nerves were high. Mike told this officer of his duty to get breakfast for his family and the officer escorted him home. The officer did more than escort, he went into the home and had breakfast with the Tracys. This impressed young Mike and he filed “policeman” away as his answer to the “What do you want to be when you grow up?” question.

Our little village is better because of this decision. Mike began his law enforcement career at the age of 18. He attended police academy at Columbus State University and soon thereafter received his undergrad degree in criminal justice. Sometime later, Mike would receive a Master of Public Administration. After service at the Manchester Police Department, he climbed the ladder with the Southwestern Judicial Circuit’s Department of Community Supervision, providing supervision and care as a probation officer. Mike later became Assistant Chief of Police for Georgia Southwestern State University (GSW), while he also taught at several institutions of higher learning and as a firearms instructor for Georgia Peace Officer Standards and Training (POST). In 2012, he called himself retired, until GSW came calling again. After serving in an interim role as Chief of Police for GSW, he eventually took on the position in a permanent manner. He invested in our community through the Kiwanis Club, as chairman of the Sumter County Board of Elections, as a founding member of the Smarr Smith Foundation, as a Firearm Instructor for Sumter County Sheriff Departments’ Ladies Handgun Course, as a district representative for the Georgia Association of Chiefs of Police, a member of Georgia Association of Campus Police Chiefs and International Associations of Chiefs of Police. On July 31, 2020, with 45 years dedicated to protecting and serving our community, Mike has decided to call himself retired again.

Mike’s resume is an impressive one, but to know him by it alone would be a loss for you. Mike is one of those men you want to know more about. Mike is one of those men you want to know you. He is never without a story and very rarely can you catch him on a bad day. He takes his bad days with a sense of optimism and if you’re not careful he will infect you with his ability to see the gold in the middle of the darkness. Mike is the one in the pictures of serious looking officers who is always fully grinned. I readily admit my bias in writing this piece, Mike is one of my favorite people, and given a little time, no doubt he will be one of yours as well.

Doing an interview with Mike is an interesting experience. As we lingered over a barbeque lunch, the folks dropping by the table to say hello were plenty. Folks slow down around Mike, a good dawdle in his presence is one of life’s little joys. Despite feeling like I know a good bit about Mike, and a smidge about law enforcement, it is good to hear it from Mike’s perspective. When asked what he likes about being a cop, he responds, “I like overcoming conflict, I like an emergency, something that tests me–I like being able to overcome, the challenge of the deal.” As chief, he says he is not an “eager leader, but I am a natural one. I take it real serious. To be a good leader you have to do it by example, you have to love it to be a good cop. You’ve got to be on top of your game, you have to know your people.” Mike reports he chooses his officers to make for a “good mix.” He wants his department to offer officers of different ages, genders and ethnicities, but he wants stability in holding strong morals and an ability to communicate effectively. “In our line of work, we have to have each other’s back. The mix is premier.”  He compares the work of an officer to that of a soldier. Mike reports a cop doesn’t see the intensity a soldier in war might, but he is ever mindful the work can leave scars, demands a vigilant eye and a willingness to dedicate yourself to communication, teamwork and a greater good.

Mike has a difficult time pinpointing what the best day in his career has been. It’s a day where he is “able to help a bunch of folks—little good stuff all the time.” Knowing his community is part of his joy and being able to use that knowledge makes for a good day. Mike reports receiving a call a boy had been hit by a car and it was suspected he might have broken his leg. When EMS arrived on the scene, they retrieved scissors to cut his pants off to provide care. Because Mike knew the injured boy, he was able to ask EMS to find a different manner to treat him, “because I knew he didn’t have 2 pairs of pants.” Best days are made up of “the little stuff that people don’t notice—the little stuff that makes things roll into place.” Mike flatly adds, “and any day you get to go home alive is a good day.”

Mike reports knowing personal things about people in our community makes an officer’s work easier. “Information is how we live. Period. I know who you are, who your daddy is, but I know that because (another officer) has told me. “That’s all a part of communication/information exchange between officers at GSW but also between agencies across the county. Mike reports that the Americus Police Department as well as the Sumter County Sheriff’s Department can depend upon his officers “to step up, to back them up, to perform the duties any officer does.” And he also knows GSW can depend upon them. “We work well, both of them are good guys, Mark (Scott) and Eric (Bryant) have just been awesome. Can’t ask for better. I hope I have been as good a friend to them as they have to me.”

After 45 years, there are some events that still haunt. Mike is not as easy with his words when it comes to the days surrounding the deaths of Jody Smith and Nick Smarr. You might remember the visuals of our law enforcement officers in those days. Their faces were nothing but completely focused and completely determined. They had seen the worse-case scenario play out before them in losing brothers, yet at the same time they were asked to give their best in order to apprehend the shooter. It is hard to imagine having to muster your absolute best on perhaps your very worst day, but nonetheless we asked them to do it. And they did. But on those days, there was no typical Mike Tracy grin showing up on video or photograph. There was a shift into protecting the community and implementing the plan for safety of the GSW students. Mike and his officers went about that work with every intention focused on our good, as if our lives depended upon their actions, because they did. His face still grows determined when he speaks of it. “It was one of the worse days of my employment. It was awful.” After a pensive moment, he adds, “I don’t want my response to be about me. It had nothing to do with me. It had everything to do with Sharron (Johnson). It had everything to do with Janice (Smarr). It had everything to do with this community’s loss of 2 genuinely great kids. Its hard to put my finger on something like that.” Mike is right, words fail us. However, Sharron Johnson, Jody Smith’s mama, has some words about Mike. “After Jody died, he was there for me almost everyday for awhile and continues to be till this day if needed. I couldn’t imagine getting through it without him and consider him truly a good friend. I also want Chief Tracy to know how much I appreciate his promise that our sons’, Jody and Nick, sacrifice would never be forgotten. That he has proved over and over, and my family and I are so grateful to him for that and wish him the best on his retirement. He will truly be missed.”

Sharron is right, there is something a little melancholy about seeing an officer the caliber of Mike Tracy retire. When giving advice to other law enforcement officers, he offers, “Never sell your integrity. You gotta stand. You gotta stand whether you know you’re going to win or not.” Mike has stood strong in his integrity, perhaps that is why people slow down to enjoy him. Maybe that is what makes him both larger than life and so very real at the same time. Integrity. It is more than the stuff of good cops; it is the stuff of good people. And how can good people support our good cops? “These guys need people to understand what they go through. Respect them. Treat them right. Most of these guys are just awesome.”

What if we were only our resumes? What if all you knew of Mike Tracy was his training, his past employment and his investments in community and professional associations? There is no summing up a person by their resume. To assume so means you miss out on the parts that make us real. Ask anyone who knows Mike, the fact he is a cop is but a tiny bit of knowing Mike. If you go only by his resume, you will miss out on how he adores his wife Earleen, who he credits with having “a grace, a strength, a faith—a strong faith.” You would miss how he melts over his grandchildren, Corbin and Hamp. You’d miss his viciously smart sense of humor. You would not know he becomes giddy over sniffing out a good deal at a flea market. There is no mention in his resume how he loves to ride a motorcycle or spend his time in a camper, parked by a lake eating hotdogs. His resume isn’t going to tell you how crazy diverse his taste in music is. It won’t even mention how he will train you to shoot but he will only do it as a gift. Nor will it warn you his vocabulary is so large you will often have to google his words for definitions. Don’t let his credentials hold you back from hearing stories of his American bulldog, Penelope, and please know he will never turn down a gift from the kitchen. Realize it’s going to take a minute for him to trust you, but once he does, he is fiercely loyal. Resumes aren’t going to tell you of friends who stand firmly by your side. For that you must take the time and dawdle a little. Mike Tracy is worth your dawdle.