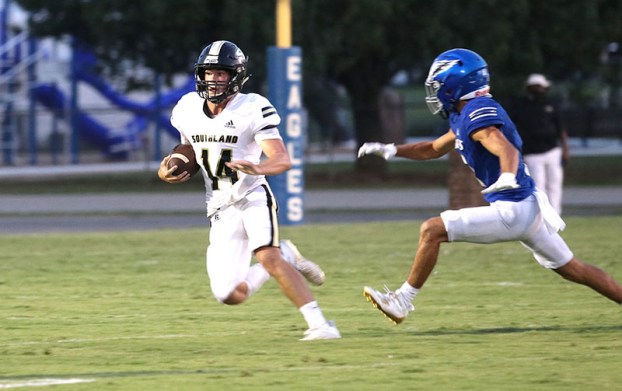 DAWSON, GA – There were some who thought this day would never come due to the COVID-19 pandemic. There were some who thought that 2020 high school football in Georgia might have to make its debut in the spring of 2021. However, the Friday night lights were turned on Friday night, September 4, 2020, but for the Southland Academy Raiders, the magical beginning that they expected for this most unusual of all football seasons was not to be. Instead, the season opener at Terrell Academy (TA) would end in a 13-10 overtime loss to the Eagles. 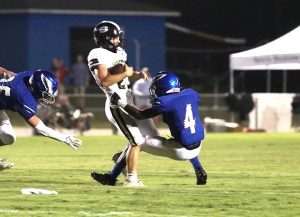 With the scored deadlocked at 10-10 at the end of regulation, the game went into overtime and in the overtime period, TA field goal kicker Ian Kelley booted a 37-yard field goal to hand the Raiders a season-opening loss.

For Southland Head Coach Rod Murray, it just comes down to inexperience at certain positions.

“We’re just young at some spots,” said Murray. “We’ve got to create some depth on both sides of the ball.”

It was a defensive struggle the whole way for both teams, but the Raiders were able to take a 3-0 halftime lead thanks to a field goal by Caleb Law. 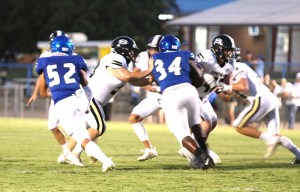 The Eagles were able to mount an offensive attack in the third quarter and scored a touchdown to take a 7-3 lead. However, the Raiders fought back as James Griffin scored a touchdown to put SA back in front 10-7. For the remainder of the second half, neither team could score a touchdown and with 3:38 to go in the game, Kelley kicked the second of his three field goals to tie the game at 10-10. 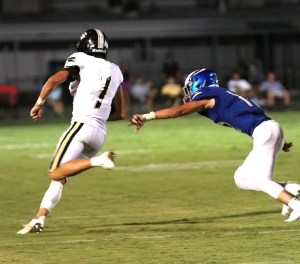 On TA’s first overtime possession, the Eagles were able to move the ball down into field goal range for Kelley, who was able to kick the 37 yarder to win the game for TA.

The Raiders will have next Friday off, but will prepare for their home opener on Friday, September 18, against their long-time archrivals Deerfield-Windsor. Kickoff is scheduled for 7:30 p.m. The Knights, who are competing as new members of the GHSA, lost their home opener to Schley County on Friday by the score of 29-21.

The following week, the Raiders will host Pinewood Christian on Friday, September 25 at 7:30 p.m.