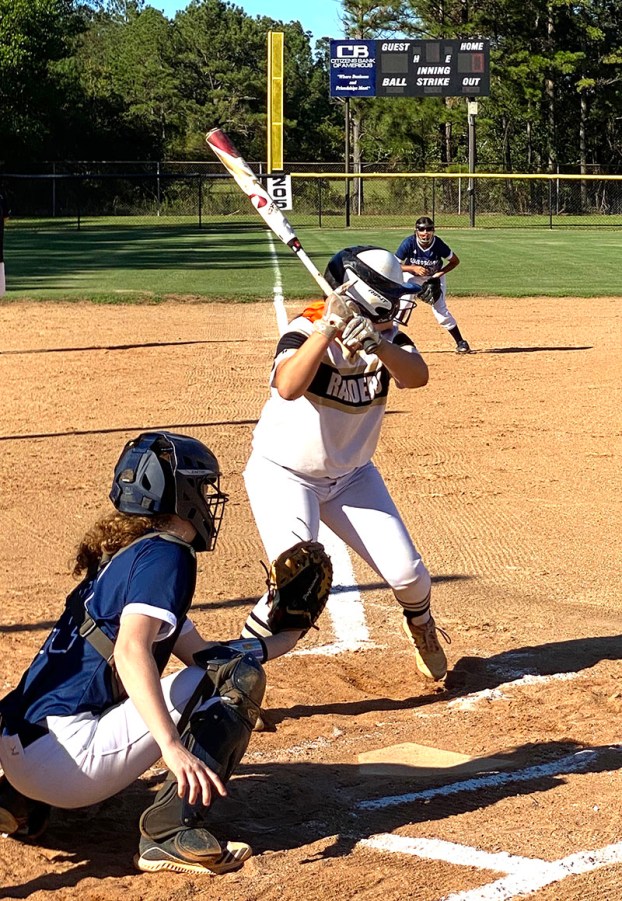 Southland Academy catcher Katie Rogers went 2 for 4 with two RBIs to help the Lady Raiders come from behind to defeat Brookwood 4-3. Photo by Ken Gustafson

AMERICUS – The Southland Academy Lady Raiders softball team (SAR) capped off a hard-fought 4-3 come-from-behind victory over Brookwood (BKW) when in the bottom of the seventh inning with the bases loaded and one out, first baseman Reese Roland belted an RBI single into right field, scoring Sara Beth Storey from third. The game was played on Wednesday, September 30, at the Southland Academy softball complex.

It was Roland’s only hit and RBI of the game, but it was the most important one for SAR.

“It was a hard-fought win and every win is a good win,” said SAR head coach Rusty Tondee. “We waited till late in the game to get our bats going. We had several hard-hit balls late in the game and it made a difference.”

Roland went 1 for 3 at the plate with that winning RBI single and scored a run earlier in the sixth inning.

However, Roland’s game-winning hit would not have happened had it not been for the previous Lady Raider hitters’ ability to set the stage for her heroics. Coming into the bottom of the seventh, SAR trailed the Lady Warriors 3-2. With one out, Storey doubled to right field off BKW starting pitcher Abby Lee. Then BKW head coach Christa Boggs decided to intentionally walk Holly McCain to try and set up a game-ending double play. However, the strategy backfired when Katie Rogers hit a line drive right back at Lee, who was able to knock the ball down, but not get the out. That loaded the bases for Roland, who stroked a fly ball over the right fielder’s head to bring home Storey for the winning run. 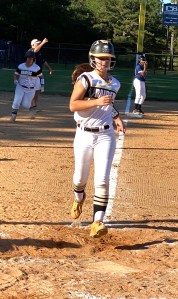 Southland Academy second baseman Alli Dent scores the Lady Raiders’ first run of the game on a two-run single by Rogers in the bottom of the third inning against Brookwood.
Photo by Ken Gustafson

Storey, who pitched the entire game for SAR, gave up three earned runs on seven hits, walked four batters and struck out two to earn the win.

Storey was one of three Lady Raiders to have two hits in the game. She went 2 for 2 with a double, a single and two runs scored. Right fielder T.J. Bowden was also productive at the plate for SAR, as she went 2 for 3 with two singles.

Rogers, who had the crucial single in the seventh after the intentional walk to McCain, went 2 for 4 on the day with a two-run single in the third, along with that pivotal seventh inning single. 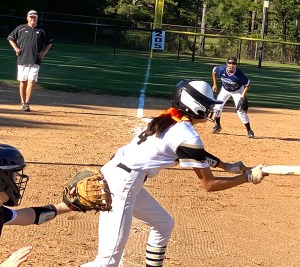 After both teams went scoreless during the first two innings, the Lady Warriors jumped out to a 3-0 lead in the top of the third. With one out, Jesse Wortman drew a walk and Riley Hollified singled to right field, advancing Wortman to third base. Hollifield would later steal second to put runners at second and third with one out before Kendall Boggs drew a walk to load the bases for Abby Lee. Lee came through for BKW by knocking in two runs on a double to left field. Libby Jacobson followed with an RBI on a fielder’s choice to give the Lady Warriors a 3-0 lead.

However, the Lady Raiders responded in their half of the third. With one out, Alli Dent singled and Storey drew a walk to put runners at first and second. Both runners were able to advance on a passed ball by the BKW catcher before McCain struck out for the second out. However, Rogers belted a two-run single to bring the Lady Raiders to within one at 3-2. 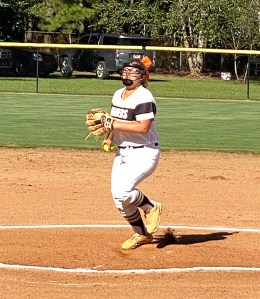 The Lady Warriors threatened to take the lead in the top of the seventh inning. With one out, Emma Rhodes singled to center field, but was thrown out at second when Wortman grounded into a fielder’s choice. Hollifield singled to put runners at first and second for BKW, but Storey was able to get Kendall Boggs to ground into a fielder’s choice to end the threat. That set the stage for SAR’s game winner in the bottom of the seventh. 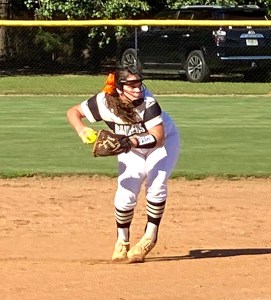 Hollifield, who went 2 for 4 with two singles and a run scored, led BKW offensively. Lee pitched the entire game for the Lady Warriors and took the loss. She gave up four runs on eight hits, walked five batters and struck out three. 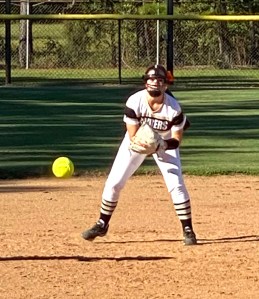 Up next for the Lady Raiders is a trip down to Chula, GA on Thursday, October 1, to take on the Lady Panthers of Tiftarea Academy. The last time these two teams met back on August 8, the Lady Panthers won 11-10 in a slugfest. First pitch for Thursday’s game in Chula is scheduled for 6 p.m.

ELLAVILLE – For the entire game between the Schley County Lady Wildcats’ (SCHS) and Taylor County (TC), it was a... read more