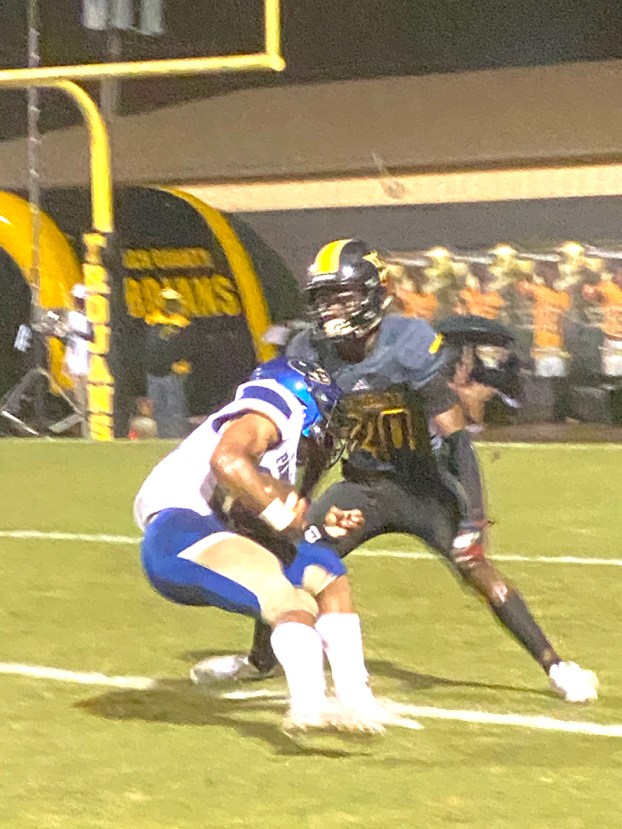 ASHS junior running back Jarod Lewis tries to fight his way to the end zone for a touchdown. Photo by Ken Gustafson

FORT VALLEY, GA – It was one rough evening for the Americus-Sumter High School football team (ASHS) against Peach County. The Panthers struggled all night long in the wet weather, but especially in the area of special teams. ASHS struggled in the first half with snapping the ball to the punter on several occasions and the Trojans were able to take advantage of those miscues. That set the tone for the rest of the night; as PCHS went on to rout the Panthers 53-3 at Anderson Field.

The Panthers also struggled on the defensive side of the ball, as they gave up some big plays in the first half that resulted in touchdowns for PCHS.

Neither team could score any points on their first possessions, but as the Panthers were about to punt the ball away on fourth down, the ball was snapped past punter Alex Vasquez and it was recovered by the Trojans near the ASHS 10-yard line. A couple of plays later, Justin Harris scored the Trojans’ first touchdown from three yards out. The extra point was good and PCHS led 7-0 with 7:25 to go in the first quarter. 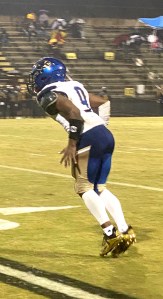 ASHS freshman quarterback Anthony Tyson tries to help his team as a defensive back.
Photo by Ken Gustafson

On its next possession, the ASHS offense, led by freshman quarterback Anthony Tyson, was able to move the ball down inside the PCHS 10-yard line. However, the drive stalled and the Panthers were forced to settle for a short field goal by Vasquez, cutting their deficit to 7-3 with 34.3 seconds left in the first quarter.

The Panthers gave up another safety on a bad snap to the punter and the Trojans added seven more points to their lead when Martin connected with Ladarius Johnson for an 83-yard touchdown pass. The special teams problems continued for ASHS when the Trojans scored another touchdown on a blocked punt. PCHS added one more touchdown shortly before halftime to cap off a 39-point explosion in the second quarter and to take a 46-3 lead at the half. 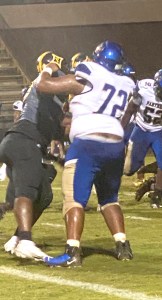 With the score being lopsided, the clock ran without stopping in the second half per GHSA rules. However, the Trojans still weren’t finished. In the third quarter, the Panthers turned the ball over on a fumble and it was recovered by PCHS at the ASHS 21-yard line. The Trojans took advantage of the turnover when running back Jamond Jones ran the ball 17 yards for a touchdown. The extra point was good and PCHS went on to win 53-3.

The Panthers will regroup and will try to rebound from this setback when they host Upson-Lee for Homecoming on Friday, October 16, at 7:30 p.m.

From Staff Reports     COLUMBUS – It took two extra innings to decide the victor, but thanks to Zoe... read more