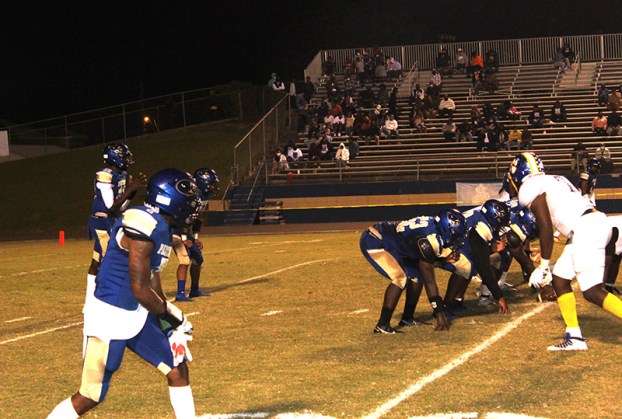 Cougars too much for Panthers

AMERICUS – Though the 41-14 score would indicate big loss for the Panthers against Crisp County (CC), it was anything but that in Americus on Friday night, November 6 at Alton Shell Stadium. The Panthers of Americus-Sumter (ASHS) have suffered greatly during the Covid Crisis. They did, however, manage to make the big “Battle of the Flint” rivalry game interesting.

Facing a team twice their size in numbers and in physicality, the Panthers were able to answer some of the Cougar scoring and made some big plays. ASHS deviated greatly from its normal alignment and split out four and five men on every play and threw the ball all night. It wasn’t until the fourth quarter that Panthers finally ran a normal run play, while the Cougars used a balance attack of running and throwing all night.

Both of the Panthers’ touchdowns came in the second quarter, as quarterback Cameron Evans threw a 26-yard touchdown pass to Christian Waymon. Later on in the quarter, Evans found Michael Johnson for a 28-yard strike. Field goal kicker Luis Diaz converted on both extra point attempts to complete the Panthers’ 14 points in this contest. 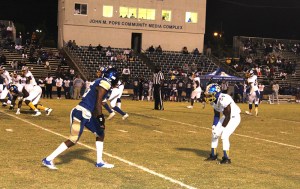 CC racked up 503 yards of total offense and scored six touchdowns. Quarterback AJ Brown threw for 199 yards and completed 10 of 21 passes with two touchdowns. A 79-yard bomb to Trae Walker was the icing on the cake in the Cougars’ win.

ASHS amassed a total of 243 yards passing and no rushing yards in the loss.

CC running back AJ Lofton carried the ball seven times for 94 yards and had two receptions for 64 yards and a total of three touchdowns for CC. PAC Man Palmer notched out 55 yards on 12 carries and a touchdown as well. In addition to his two touchdown passes, Brown scored another rushing touchdown to go with his 77 yards on the ground. On defense, the Cougars were led by Nick Mercer, who tallied 4.5 sacks. Also contributing to the cause was Javan Hardeman, who had six quarterback hurries, two pass break ups and four solo tackles.

“It was a solid night for us and I was proud of how the guys cleaned up the penalties,” said CC Head Coach Brad Harber. “These guys continued to be business- minded, taking one game at a time attitude,” Harber added.

As for the Cougars, they travel to Macon Friday night to take on the Central Macon Chargers. Kickoff for that game is scheduled for 7:30 p.m.

From Staff Reports   AMERICUS – Having achieved their first win of the season over Edmund Burke Academy last week,... read more