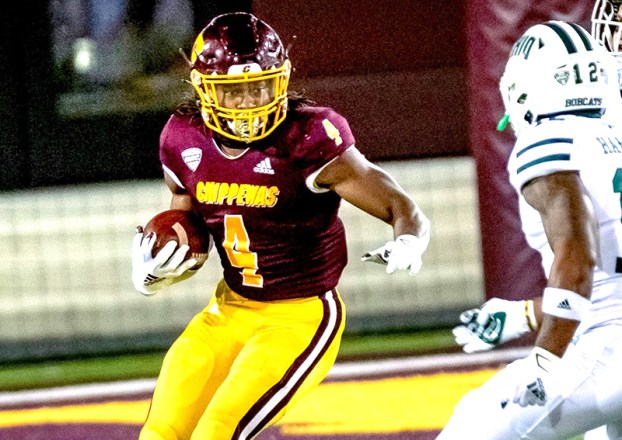 Central Michigan University junior running back Kobe Lewis, a former Americus-Sumter football standout, was recently named to the Doak Walker Award Watch List and was named to the weekly Paul Hornung Honor Roll for his performance in CMU’s 31-23 victory over Eastern Michigan on Friday, November 27 of this year. Photo by CMU Athletics

Former area student-athletes continue to excel at the college level

AMERICUS – From time to time, we here at the Americus Times-Recorder want to keep the citizens of Sumter and Schley Counties updated on how our former high school student-athletes are doing at the college level. In recent days and months, four of these former high school standouts have turned in tremendous accomplishments at their various colleges and these accomplishments need to be made known, as these young people continue to make this community proud.

In recent months, these former area high school standouts have been turning in stellar performances. Three are getting it done on the gridiron, while one is coming up big for his club on the hardwood.

Former Americus-Sumter (ASHS) football star Kobe Lewis is a junior running back at Central Michigan University, an FBS program that competes in the Mid-American Conference (MAC).

During the six games the Chippewas have played this year, Lewis rushed for a total of 468 yards on 105 carries and has scored six rushing touchdowns. He has also been proficient in catching the ball out of the backfield, having caught 17 passes for 106 yards and one touchdown reception. For his college career so far, Lewis has rushed for 1,579 yards with a 5.3 yards-per-carry average and has scored 18 rushing touchdowns as a Chippewa.

In addition to using his talents in toting the rock and catching it, Lewis has also been used as a punt returner. So far this season, Lewis is averaging 20.3 yards per return on 10 punt returns for a total of 203 yards.

During a recent podcast, CMU Head Coach Jim McElwain praised Lewis for his accomplishments and commented on Lewis being named to the Doak Walker Award Watch List. The Doak Walker Award is presented annually to the nation’s top running back in College Football.

“A thousand yard rusher that can do so many things for you…..catch the ball out of the backfield. He’s really good in protection. I mean, he’s a complete football player and he’s a three-down back,” McElwain said of Lewis during the podcast.

According to CMU’s athletics website, www.cmuchippewas.com, Lewis was also recently named to the weekly Paul Hornung Honor Roll for his performance in the Chippewas’ 31-23 victory at Eastern Michigan back on Friday, November 27. In that game, Lewis rushed for 106 yards on 18 carries and scored one rushing touchdown. He also caught seven passes for 36 yards. Lewis was one of six offensive players/return specialists named to the Paul Hornung Honor Roll.

During his time as an ASHS Panther, Lewis was named Region 1-AAAA Co-Player of the Year his senior year (2017). During that same year, Lewis rushed for 1,734 yards, amassed 204 yards in receptions and scored 25 touchdowns. Lewis also got it done on the defensive side of the ball that year, tallying 14 solo tackles and two interceptions. That year, the Panthers went 9-3 and reached the second round of the Georgia High School Association (GHSA) Class AAAA State Playoffs.

According to the CU athletic website, www.gocamels.com, the Camels are off to a great start at 4-2 and Lusane is a big part of that success. So far, the 6’7 sophomore forward is averaging 9.8 points per game, 5.3 rebounds per game and has a total of nine assists. In CU’s 80-78 win at Jacksonville University on Tuesday, December 8, Lusane scored 15 points, grabbed five rebounds, blocked two shots and had one steal. 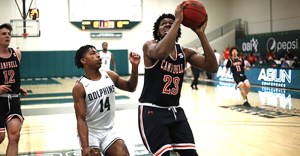 During his freshman year at CU, Lusane was able to gain valuable experience. He played in all of the Camels’ 31 games and started seven of them. In total, he averaged 3.9 points per game and 3.3 rebounds per game and was ranked ninth in the Big South Conference in blocked shots with an average of 0.7 blocks per game.

During his time as a Panther, Lusane was named a First-Team All-State selection by the GHSA and the Atlanta Journal-Constitution. During his senior year (2018-19), Lusane averaged 17.3 points per game, eight rebounds per game, 2.5 assists per game and blocked 46 shots. That year, he helped lead the ASHS Panthers to a 26-5 record and to the GHSA Class AAAA State Championship Game, where they lost to Carver-Columbus by the score of 58-55.

While Lusane is doing Sumter County proud on the collegiate hardwood, another football standout from up the road in Ellaville is making his mark on the Plains. Former Schley County defensive end Zykevious Walker has finished his freshman season at Auburn. According to Auburn’s athletics website, www.auburntigers.com, in nine games as a freshman, Walker tallied seven solo tackles and four assisted tackles for a total of 11 tackles on the season. Walker also earned one sack on the season, a sack for a three-yard loss on Arkansas quarterback Felipe Franks in the Tigers’ 30-28 win over the Razorbacks back on Saturday, October 10. 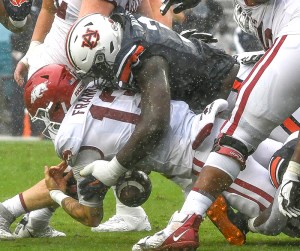 Coming out of high school, Walker was rated by 247 Sports as the seventh best prospect in the country at his position (Defensive End) and he showed why during his time at Schley County High School. As a senior in 2019, Walker helped lead the Wildcats to the GHSA Class A-Public State Playoffs by tallying 85 tackles and 11 sacks on the year. During his junior year, Walker earned GHSA Regional Player of the Year honors and tallied 10.5 sacks during the 2018 season.

Former Americus-Sumter safety Trevian Thomas played a big role in the Panthers’ success in 2019 and is now trying to produce that same kind of success at Arkansas State. The Red Wolves struggled this year, going 4-7 on the season, but Thomas did the best he could with the opportunities given him. According to the ASU athletics website, www.astateredwolves.com, in the seven games that he played for the Red Wolves, Thomas tallied two tackles. Though it was an extremely difficult year for him and his teammates, as it has been for all college athletes due to COVID-19, the ceiling is high for the 6’0, 177-lb. safety and much more will be expected of him in the coming years. 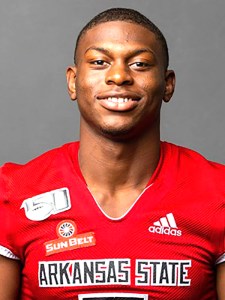 As a Panther, Thomas tallied 63 tackles during his senior year in 2019, including two tackles for loss and two interceptions. During that year, Thomas earned First Team All-Region honors as both a return specialist and a defensive back and helped lead the ASHS Panthers to a 6-6 record and a berth into the GHSA Class AAAA State Playoffs. As the No. 4 seed, the Panthers traveled to Waynesboro, GA and pulled off a 13-6 upset victory over Burke County, the No. 1 seed out of Region 2-AAA.

Both Sumter and Schley County have produced numerous great student-athletes who have gone on to excel at the collegiate level, the professional level and most importantly, in life. Kobe Lewis, Joshua Lusane, Zykevious Walker and Trevian Thomas are just four of these fine young people who, like their predecessors, continue to do our area proud. There are many more former Sumter and Schley County student-athletes who are currently blossoming at the collegiate level. Stay tuned to the Americus Times-Recorder for further updates on their success.

AMERICUS – It was a low-scoring, defensive struggle from start to finish between the Southland Academy Lady Raiders (SAR) and... read more