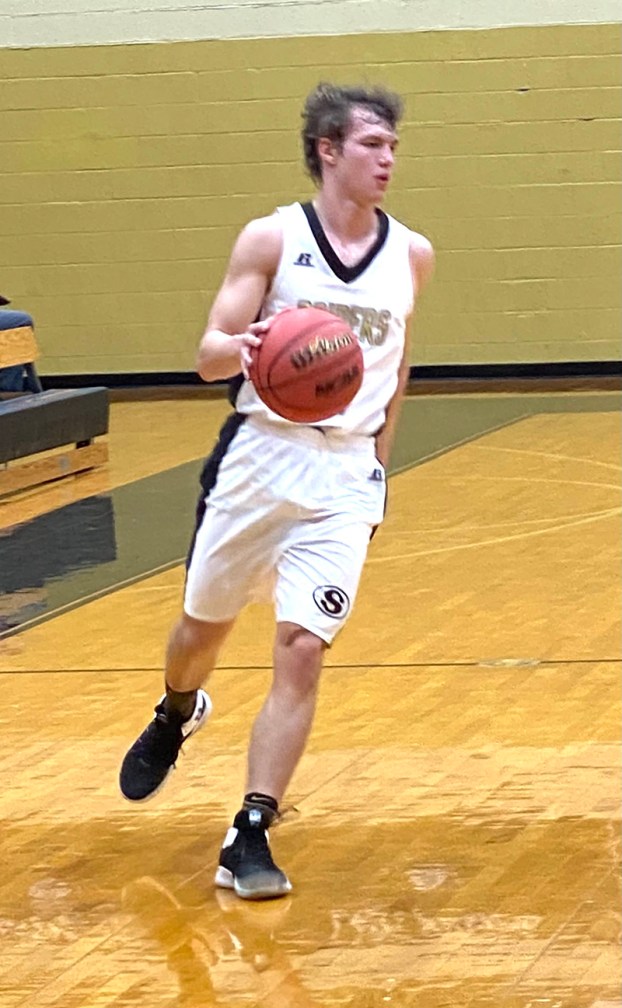 Southland Academy senior shooting guard Max Foster led the Raiders in scoring with 13 points in their 53-43 loss to Glenwood at the Border Wars tournament in Phenix City, AL. ATR Archive

PHENIX CITY, AL – After defeating Lee-Scott Academy in a game in which SAR shooting guard Max Foster drained seven three-pointers and scored 24 points, the Southland Academy Raiders (SAR) were hoping to beat another Alabama school on its home court at the annual Border Wars tournament at Glenwood. However, the Glenwood Gators showed why they are 11-1 on the season by defeating SAR 53-43 on Tuesday, December 29, in Phenix City, AL.

According to SAR Head Coach Rundy Foster, one big reason for the Raiders’ defeat was poor shooting from the field. The Raiders only made five of 23 shots from the field in this game.

“That is a very talented team we played on their home court,” said Foster. “There is a reason they are 11-1 on the year. With that being said, our effort was very good and our defense in the first half was outstanding.”

Max Foster led the Raiders in scoring with 13 points and Owen Exley poured in 10.

According to Coach Foster, Exley, who is coming off an injury sustained during football season, is getting better each game he plays.

The Raiders will return to the Melvin Kinslow Gymnasium hardwood on Tuesday, January 5, to take on Terrell Academy in a rematch from earlier this month. In the previous contest between these two teams on Friday, December 4, the Raiders fell to the Eagles in Dawson 56-46. Tip off time for the game on Tuesday is scheduled for 8 p.m.