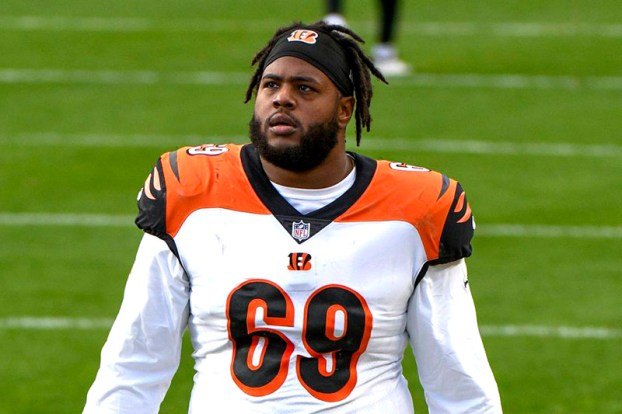 KANSAS CITY, MO – Former Americus-Sumter High and University of Georgia Defensive Tackle Tyler Clark was recently signed to the practice squad of the Kansas City Chiefs. This according to published reports.

Clark went undrafted following the 2020 NFL Draft, but was signed to the Cincinnati Bengals Practice Squad. However, the Bengals released Clark in August and the Chicago Bears signed him to their practice squad in early December before releasing him after just a few weeks.

While playing at Georgia, Clark was primarily used as a run defender, but showed potential as a pass rusher, particularly against Oklahoma in the 2018 Rose Bowl, where Clark recorded a sack for a nine-yard loss on former OU quarterback and current Cleveland Browns starting quarterback Baker Mayfield.

According to Yahoo Sports, the Chiefs had an open spot available on their practice squad when LB Emmanuel Smith was placed on the Practice Squad Injured List after suffering a hamstring injury during Week 15 of the NFL Regular Season. 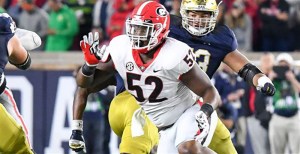 Former Americus-Sumter and UGA Defensive Tackle Tyler Clark is seen here competing against Notre Dame during his sophomore season with the Bulldogs in 2017. During that season, Clark recorded 41 total tackles, including six tackles for loss and recorded 2.5 sacks. One of those sacks came in the 2018 Rose Bowl against Oklahoma and the Sooners’ starting quarterback, Baker Mayfield.
Photo by UGA Athletics

Coming out of high school, Clark was rated as a four-star prospect by PrepStar Magazine, 247sports.com and ESPN. Clark also participated in the Offense-Defense Diamonds in the Rough Game and was an Atlanta Journal-Constitution Class AAAA All-State Honorable Mention selection.