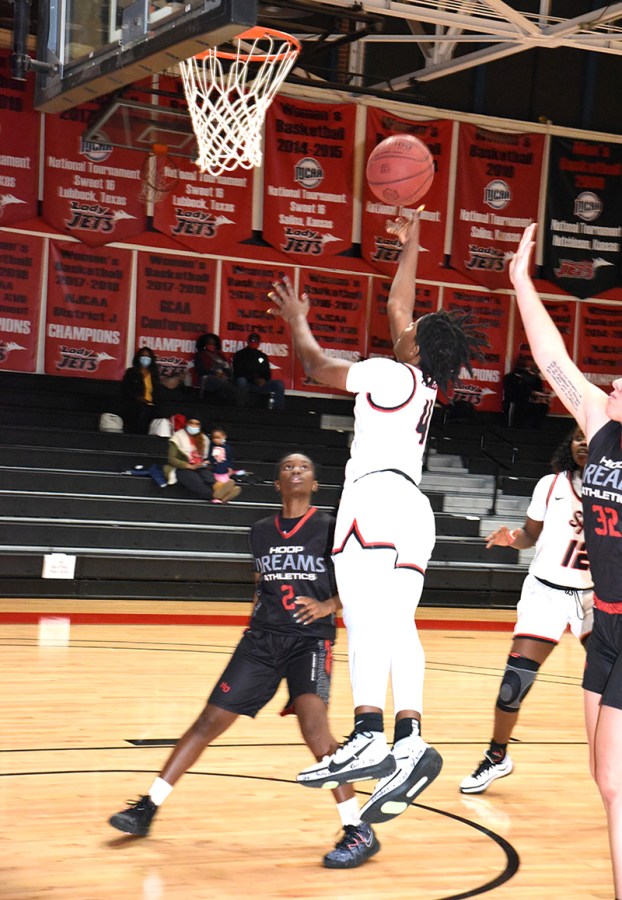 The Lady Jets will return to the court on Sunday, January 24, at 1 p.m. when they host the fourth-ranked Shelton State Bucs in a battle among two top seven teams in the National Junior College Athletic Association’s Division I women’s basketball league.  The two teams will have a rematch again the following Sunday at 1 p.m. in Tuscaloosa, AL.

Charles, who is known for her aggressive defense, added seven rebounds, four assists, and five steals to her impressive offensive performance.  She was eight of 12 from the field and three of four from the foul line.  Four other Lady Jets joined Charles in double-digit scoring in the second match-up in two days against New Horizon Prep.

Freshman point guard Maikya Simmons of Stafford, VA, was the fifth Lady Jet in double figures with 10 points.  She was five of seven from the field.  She also came up with five assists and two steals.  Sophomore center Femme Sikuzani had eight points, freshman Abby Solway tossed in seven points, Moe Shida accounted for five points, Hope Butera got four points, Jaidyn Trevino came up with three points, Teni Ikidi added two, and Sarah Lwambo closed out the scoring with one point.  Every Lady Jet who played scored and each player was on the court for 11 minutes or longer in the 40-minute contest.

The Lady Jets started off slow and New Horizon Prep actually had the lead twice and tied the game twice before SGTC took charge and went up 22 – 10 at the end of the first quarter.  The Jets continued to pull ahead and had a 47 – 22 advantage at the half.  The Lady Jets outscored New Horizon Prep 54 – 22 in the second half to take the 101 – 44 victory.

The Lady Jets moved to 2 – 0 on the season.  They face Shelton State in their next two games then travel to Cuthbert on Tuesday, Feb. 2nd for their first conference game against Andrew College.  The Lady Jets return home on Thursday, February 4th for a rematch with Andrew College at 5:30 p.m.