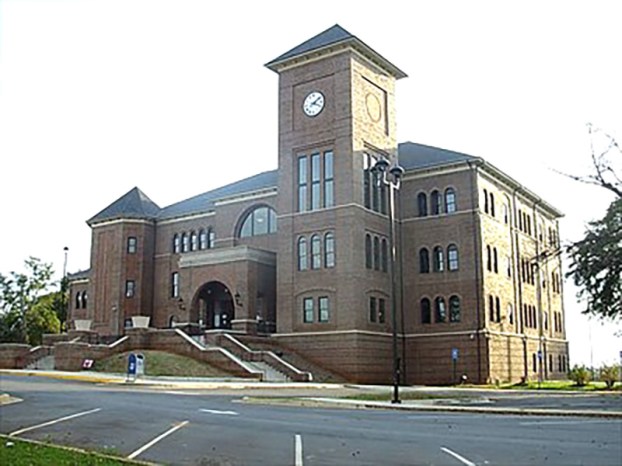 AMERICUS – At its monthly virtual meeting on Tuesday, February 16, the Sumter County Board of Commissioners (BOC) voted to unanimously approve an agreement between the BOC and the Georgia Forestry Commission to allow the GFC to plow the fire breaks on 45 acres of land at the Sumter County Parks and Recreation (SCPRD) Park, located on US Highway 19.

SCPRD Director Tim Estes told the BOC that he had spoken with County Attorney Kimberly Reid regarding this issue and said that she didn’t see any changes in the agreement that needed to be made. “This 45 acres is a part of what was a greater thinning for several properties in Sumter County,” said Estes to the BOC. “United Forestry Consultants has recommended that we do this controlled burn this year, then skip a year, do it in Year 3 and then in Year 5, we would come in and do a second thinning. I’m not a forester by any means, but what they are telling me is that this would not only be good ascetically, but would improve the value of that timber five years down the road.” Estes went on to say that the cost is very minimal at $12.50 an acre to burn this area of land and that he can cover it out of the SCPRD’s operating budget. “What I’m asking for is for you to give us permission to sign this agreement with the Georgia Forestry Commission,” said Estes to the BOC. He added that he was told that there will be no charge to do the firebreaks and that the GFC will do that as a service for the county. Estes also added that United Forestry Consultants, a company based here in Americus, will have the authority through the GFC to burn on behalf of Sumter County.

Board Chairman Mark waddell asked for a motion to approve the agreement between the BOC and the GFC to allow the GFC to come out and do the firebreaks on the SCPRD’s 45 acres of land (Georgia Forestry Services Agreement). Commissioner Scott Roberson made a motion for approval and Commissioner William Reid seconded the motion. The BOC voted and the approval passed unanimously.

Estes also gave the BOC an update on the SPLOST project involving the football and soccer field construction going on at the SCPRD Park. “We had a TOPO (topographical map that shows existing lay of the land) done on this area about two years ago by Trinity Surveying,” said Estes to the BOC. “We were trying to get ahead of the game. We paid for that out of our operating funds so that when we got to this point, we hoped that would speed things up.” Estes went on to tell the BOC that what he wasn’t aware of was that there has to be a finished grade survey done as well, along with an ETD Erosion Control Plan that has to be in place since more than one acre’s worth of ground is being disturbed. “We were billed for that. What I thought was going to be about $2,000.00 ended up being $10,900 and something dollars,” said Estes. “We paid for that out of the SPLOST funds, so when we get to the point of construction, we will have to do some value engineering I’m sure.”

Estes went on to say that instead of the project being a $250,000.00 project, with all of it going toward that construction as he had hoped, the project will now be $239,000.00. “We feel confident that we can get everything in,” said Estes. “We may have to go with a lesser grade of lighting, or maybe hold off on some fencing and put it in Phase 2, or something like that, but I’m guessing it’s going to be two or three more weeks before that erosion control plan is done, but that’s why we haven’t broken ground on this project yet, but we’re getting there.”

Estes went on to say that the SCPRD wrapped up its youth basketball season last Saturday, February 13. He added that everything went well during the season, as far as the SCPRD being able to follow the state, federal and local COVID-19 guidelines.

“We did have one positive case throughout the year and followed the quarantine protocols on that,” said Estes. “That was kinda midway through the season and we didn’t have any other issues to end that with.” Estes went on to say that the all-star teams have been selected and that they will compete in the various district tournaments, which will all be at one location in Thomasville this year so that COVID-19 protocols can be more easily followed. Estes also mentioned to the BOC that youth baseball registration has started up at the SCPRD and that this past week has been the best week of any kind of registration that he can remember in a long time. “We had 62 people sign up in the first week,” said Estes.

The BOC also had a discussion on the Draft Timber Harvesting Ordinance. According to Sumter County Department of Public Works Director Jim Littlefield, a year ago, the State of Georgia revised and modernized its code regulating timber harvesting. “All local governments are revising their ordinances to fit those standards,” said Littlefield. “It’s nothing new. We already had a timber ordinance on the book and this is revising it to reflect the changes in the state law.”

Littlefield told the BOC that the priority is to modify the existing heavy hauling ordinance to reflect the revision, as well as the edition of the bond requirement to reflect what the state is doing in regards to this ordinance.

Board Chairman Waddell asked for a motion to approve the revision of the Tiber Harvesting Ordinance. Commissioner Jessie Smith made a motion for approval and Commissioner William Reid seconded the motion. A vote was taken and the approval passed unanimously.

The BOC also approved an Intergovernmental Agreement (IGA) between Sumter County and Taylor County in regards to the establishment of a regional Board of Equalization in accord with O.C.G.A 48-5-311. The BOC discussed this IGA at its work session the week before. Board Chairman Waddell asked for a motion to approve this IGA between Taylor County and Sumter County. Commissioner Roberson made a motion for approval and Commissioner Reid seconded the motion. The BOC voted and the approval passed unanimously.