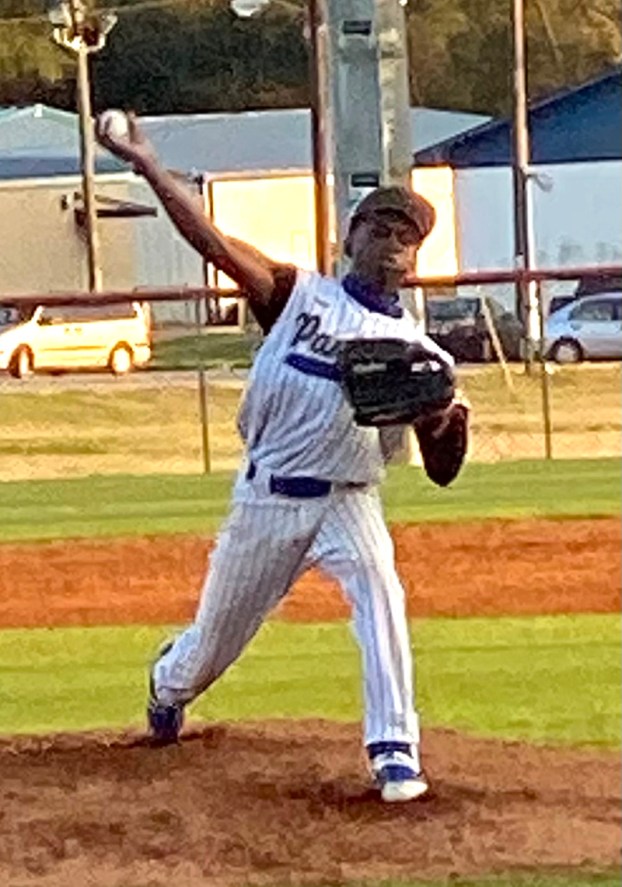 Americus-Sumter starting pitcher Torrence Rush walked four batters but struck out one in the Panthers’ 19-2 loss to Schley County. Photo by Ken Gustafson

AMERICUS – The Americus-Sumter Baseball Team (ASHS) came into its season opener against Schley County (SCHS) in hopes of pulling off an upset win over the Wildcats. Unfortunately for the Panthers, they struggled on the mound with 15 walks and were not able to muster a hit in the ball game. As for SCHS, the Wildcats were able to take advantage of those 15 walks from ASHS pitchers and went on to rout the Panthers 19-2 Monday evening, February 22, at Thomas Bell Stadium.

“We’ve got a lot of steps to take,” said ASHS Head Coach Lee Wright. “We’ve got to start somewhere. I tip my cat to Schley. They played well. They handled it with class. I thank Coach (Chuck) Cheek for allowing his guys to come down. They have a first class organization. I really appreciate them coming and giving us an opportunity to play them.”

As for Coach Cheek, brining his club into Thomas Bell Stadium to play the Panthers brought back a lot of fond memories for him and members of his coaching staff.

Cheek played baseball for Americus High School from 1987-1991 and his two assistant coaches, William Rooks and Jody Sellars, both played games in that stadium as well when they were in high school.

“It’s special for us to get to play here,” said Cheek. “This is a really special field for me, Coach Rooks and Coach Sellars. We played a lot of ball games here. Anytime I come here, it’s just always really great for me. Personally, it was really fun to be able to watch my son (Tyler Cheek) play on the field that I got to play on growing up.” 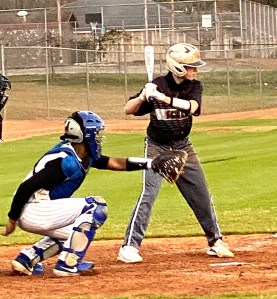 Schley County second baseman Carson Westbrook went 1 for 2 with two runs scored and an RBI for the Wildcats.
Photo by Ken Gustafson

The Wildcats wasted no time in taking control of the game in the top of the first inning. They scored 10 runs on three hits, four walks, two hit batsmen, an error and one dropped third strike. The first big blow came with the bases loaded and nobody out and the Wildcats leading 2-0. SCHS right fielder Owen Lamb knocked in a triple, scoring Jay Kanazawa and Trypp Lumpkin and giving the Wildcats a 4-0 lead.

Athon Hines then hit a sacrifice fly to left field, bringing in Owen Lamb to make it 5-0 SCHS. Tyler Cheek was hit by a pitch and Andrew James singled to left field, putting runners at first and second with one out. Carson Westbrook then drove in Cheek on an RBI single, but was thrown out at second trying to stretch it into a double. Nevertheless, the Wildcats continued to add base runners. After Luke Renfroe was hit by a pitch, Dylan Taylor doubled to center field, scoring both James and Renfroe to give SCHS an 8-0 lead. Trypp Lumpkin would then reach on an error that allowed Taylor to score and Lumpkin would later score on a dropped third strike. 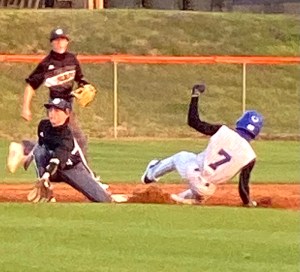 Americus-Sumter second baseman Kylen Carter steals second base in the bottom of the first inning. Carter would later steal third and score on an error to put the Panthers in the board.
Photo by Ken Gustafson

Fortunately for the Panthers, they were able to score a run in the bottom of the first inning. Kylen Carter led off with a walk and stole both second and third base to put a runner in scoring position. Carter would then score on an error to put ASHS on the scoreboard. 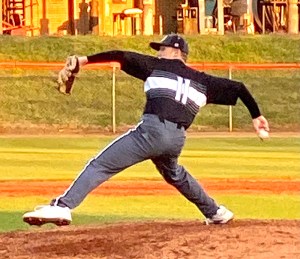 Schley County starting pitcher Dylan Taylor gave up one unearned run, walked one batter and struck out another in the Wildcats’ 19-2 win over Americus-Sumter.
Photo by Ken Gustafson

The Panthers were able to score their second and final run of the game in the bottom of the third. Torrence Rush drew a leadoff walk and would later advance to second when Cedric Smith was hit by a pitch. After Justin Jones grounded into a fielder’s choice, advancing Rush to third, Rush was able to score on an error.

However, Jakory Wise grounded out to shortstop to end the game.

“When we got some strikes, we hit them,” said Cheek. “We need to do a better job of commanding the zone on the mound. I expected our pitchers to do a little bit better tonight, but all in all, it was good and we’ve got a big region game to get ready for tomorrow.” 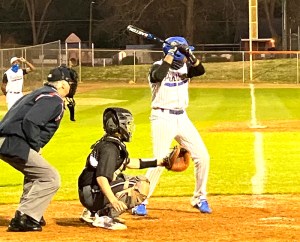 Americus-Sumter 3B/1B Kentravious Dunning is at the plate for the Panthers. Dunning caught a pop fly by Trypp Lumpkin while at first base for the first out in the top of the third inning.
Photo by Ken Gustafson

As for the Panthers, it was a rough night for the pitching staff. Torrence Rush, who started the game on the mound for ASHS, gave up 10 runs on five hits, walked four and struck out one batter in one inning of work. Cedric Smith came on in relief of Rush and gave up four runs on five walks in one inning of work. Kylen Carter was the third pitcher used for ASHS. He gave up three runs on three hits and Justin Jones, the final pitcher used, gave up one run on two hits and walked three batters.

“It’s just a learning experience for our guys,” said Wright. “We’ve got a long way to go so we’ve just got to do what we’ve got to do.” 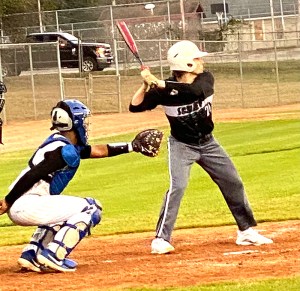 Schley County right fielder/pitcher Owen Shuffleberger scored two runs, walked twice and drove in an RBI against Americus-Sumter. He also walked one batter and struck out another in 0.2 innings on the mound.
Photo by Ken Gustafson

AMERICUS – Having moved on from the disappointment of losing to Brookwood 48-46 in the GISA Region 3-AAA Championship Game,... read more