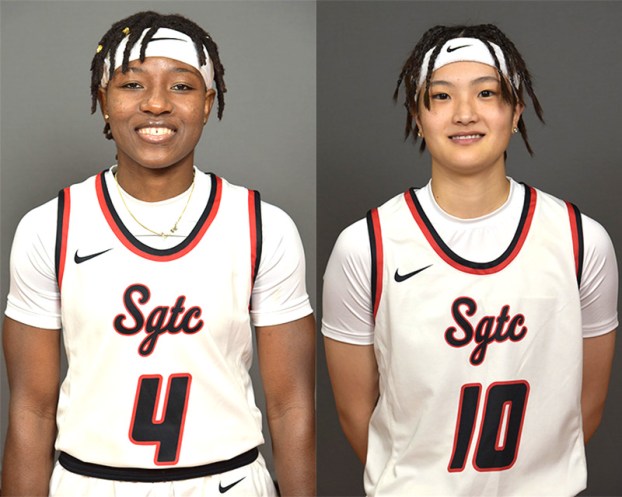 As the GCAA Champions, Georgia Highlands will host the NJCAA Region 17 District semi-finals and finals in Rome, Georgia on April 2nd and 3rd.  Georgia Highlands and South Georgia Tech both received first round byes in the tournament for finishing first and second in the regular season competition.

“Obviously we are very excited for both of these young ladies to gain the recognition that they so rightly earned,” said South Georgia Technical College Athletic Director and Lady Jets head coach James Frey.  “Both of these student-athletes have contributed to the success of our college and our basketball team.”

The South Georgia Technical College Lady Jets finished the 2020 – 2021 regular season in second place in the GCAA with a 13 – 2 conference record and a 19 – 3 overall record.  Both of the Lady Jets GCAA losses this season were at the hands of Brandon Harrell and Georgia Highlands.

Last season the Lady Jets captured the GCAA regular season title, the NJCAA Region XVII tournament title, the District J championship and earned the right to compete in the NJCAA National Tournament in Lubbock, Texas.  Just days before leaving for the tournament, it was cancelled due to COVID-19.  The Lady Jets have qualified or been to the NJCAA National Tournament for the past four seasons.  They were ranked as high as 2nd in the nation this season and are currently 8th in the NJCAA.

Veronica Charles was spotlighted as the Defensive Player of the Year in the GCAA but she is also leading the Lady Jets in scoring, is second in three-point percentage shooting, 4th in free throw percentage, fourth in rebounds per game, third in assists per game, and leads the conference in steals per game.  She is averaging 12 points per game, 4.9 rebounds, 2.8 assists and 3.4 steals per game.

She has a 3.5 GPA and will graduate in May with an Associate’s Degree in Sports and Fitness Management and then continue her academic and athletic careers at a four-year institution.

Moe Shida was named first team All-Region in the GCAA.  She is currently second on the team in scoring, first in three-point percentage shooting (amongst full season participants), first in assists per game and third in steals per game.   Moe currently has a 3.8 GPA and will graduate in May with an Associate’s Degree in Sports and Fitness Management.  She will continue her academic and athletic careers at New Mexico State University where she signed in November.