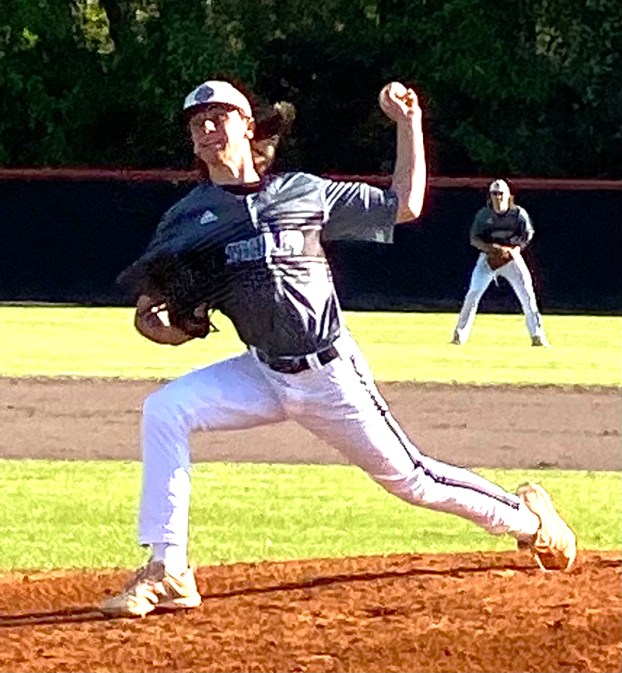 In five innings of work, Lamb gave up only two hits with no walks and struck out six Trojan batters. The only Trojans to earn hits off Lamb were Gavin Lacey and Tripp Thomas, with each of them earning a single.

“As good as Trypp (Lumpkin) was for us the other night (1-0 win over Taylor County), Owen was just as good today,” said SCHS Head Coach Chuck Cheek. “He has grown leaps and bounds from last year. I’m really proud of him. He threw three pitches for strikes. He kept them off balance and just kept pounding the strike zone. He’s really turning into a really solid pitcher for us.” 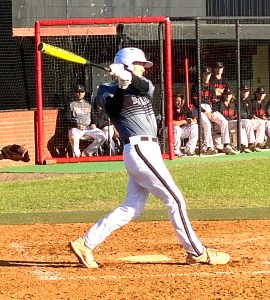 Schley County shortstop Dylan Taylor belted a grand slam home run over the right field wall in the top of the second inning to propel the Wildcats to an 11-0 win over Lee County.
Photo by Ken Gustafson

Unlike during the Wildcats’ extra-inning win over Taylor County on Tuesday, March 30, the SCHS bats came alive against the Trojans. The Wildcats also took advantage of a total of seven walks from LCHS pitchers. In the top of the first inning with two outs, SCHS scored three runs on three walks, an error, a hit batsman and an RBI single by Ridge James. However, in the top of the second, the Wildcats completely blew the game open by scoring eight runs, with four of those runs coming on a grand slam home run by Dylan Taylor through a 25 MPH wind over the right field wall. 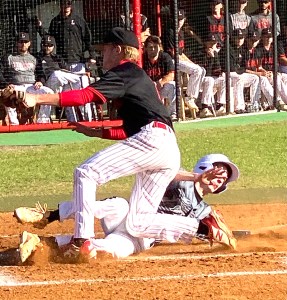 “Anytime one of your best players hits one like that, it gets your team going,” said Cheek. “We got a little fired up. We had a lot of guys have some big hits. I gave Ridge James the start tonight. He had a huge base hit for us with two outs.” That hit by James that Cheek was referring to took place in the top of the first when he drove in Tucker Welch on an RBI single to give SCHS a 3-0 lead. “As poor as our effort was offensively against Taylor, we hit the ball really good today. That’s a positive,” said Cheek. “Our defense was really good. It was a good win against a really good team.” 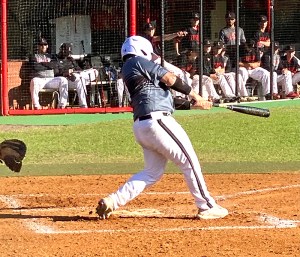 Schley County right fielder Ridge James drove in a run on an RBI single and scored another run in the Wildcats’ win over Lee County.
Photo by Ken Gustafson

Even though the Wildcats (15-5) have already secured the Region 5 A-Public regular season championship, there still remains work to be done. They will now turn their attention to a non-region home contest against the Cook Hornets on Wednesday, April 7 at 3 p.m.