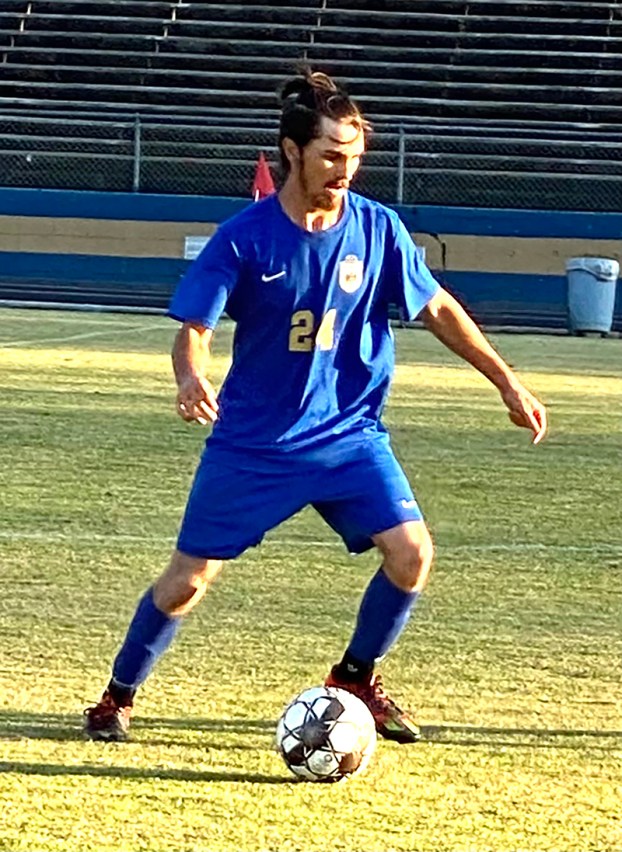 Americus-Sumter’s Toby Wilson is one of three seniors on the Panthers’ squad who competed in the 12-2 rout of Central (Macon) on Senior Night. ATR Archive

AMERICUS – The Americus-Sumter Varsity Boys’ Soccer Team (ASHS) quite literally sent their three seniors “out with a bang” on Senior Night. The Panthers erupted for six goals in the first half and continued their onslaught in the second half, scoring six more goals on their way to a 12-2 rout of Central (Macon) on Friday, April 2, at Americus-Sumter High School.

For three ASHS seniors; Alexis Vasquez, Luis Diaz Perez and Toby Wilson, it was a Senior Night they will never forget. Both Vasquez and junior forward Jesus Rodriguez scored four goals in the match to lead the ASHS charge.

In the bigger picture, however, the win guarantees the Panthers a berth in the upcoming Georgia High School Association (GHSA) Class AAA State Tournament, with one more region match to play.

“Central was a good team to play for us. We respect a team which comes out hard to play hard and Central came out to play,” said ASHS Head Coach Michael Pepito. “It’s challenging playing a team in the bottom of the Region. We want them to play good, give us a challenge! Also we want to work on improving our game play and tactics. It’s a fine line with being Respectful.”

Rodriguez got things started for the Panthers when he scored his first goal of the match on a header that was assisted by junior forward Kevin Abarca just inside the CM 18-yard box. Shortly thereafter, Rodriquez notched his second goal of the match. After receiving a through ball from Vazquez inside the 18-yard box, Rodriguez was able to slide it pas the CM keeper to give the Panthers a 2-0 lead.

Abarca would later score his first goal of the match off an assist from Vasquez. Abarca ended up 1 v 1 with the CM goalkeeper and was able to slide the ball past the keeper, making the score 3-0 ASHS. 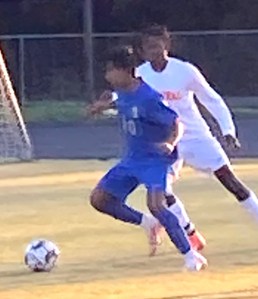 The Chargers finally got on the board in the first half when they were awarded a free kick after Toby Wilson was whistled for a foul about 35 yards out. CM was able to score on that free kick, making the score 5-1 Panthers.

However, ASHS went back to work as Roberto Gonzalez scored his first goal of the match after receiving a through ball from the left side. The Chargers responded with another goal of their own, but the Panthers went into halftime leading 6-2.

Once the second half started, the Panthers picked up where they left off. CM was called for a handball inside the 18-yard box, which resulted in a penalty kick for ASHS. Vasquez stepped up and converted the penalty kick to give the Panthers a 7-2 lead.

As a result of the overwhelming pressure the Panthers were putting on the CM back line, the Chargers’ defense was tiring. Rodriguez was able to take advantage of that by scoring his fourth goal of the match off an assist from Abarca. 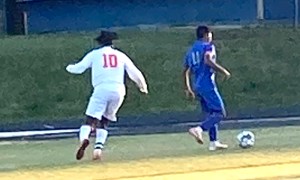 Even with the massive lead, the Panthers continued to attack. Vasquez would later score his fourth goal of the match when Rodriguez sent a ball across the face of goal to Vasquez, who calmly tapped it in. The final goal of the match came when Abarca scored his third goal of the match off another assist from Rodriguez. At that point, due to the 10-goal GHSA mercy rule, the game ended early with ASHS winning 12-2.

While he was extremely pleased with his club’s performance, Coach Pepito knows there is still much room for improvement as the Panthers head towards the state tournament.

“Our goal was to play 80 minutes and work on the issues that we have, but unfortunately, it ended early,” said Pepito. “We worked on moving the ball to the wings and distributing the ball efficiently. The Chargers’ #9 had a beautiful Free kick for a goal and they also took advantage of our mistake and had a nice goal as well. This is how games should be played. Both learning is the main point. I am happy for them. They earned their goals. We made mistakes! Our next goal is to beat Peach County Next Friday at Peach. We will need to come prepared if we want a win. Our team is working hard to finish the region strong.”

With the win, ASHS is now 5-3 overall on the season and 4-2 in Region 2-AAA competition.

The Panthers’ match at Peach County in Fort Valley, their final Region 2-AAA match of the regular season, is scheduled for Friday, April 9, at 5 p.m. ASHS will have two more regular season matches after that. They will host Bainbridge on Monday, April 12 at 6 p.m. and will then travel to Worth County on Friday, April 16 to take on the Rams at 7:30 p.m.