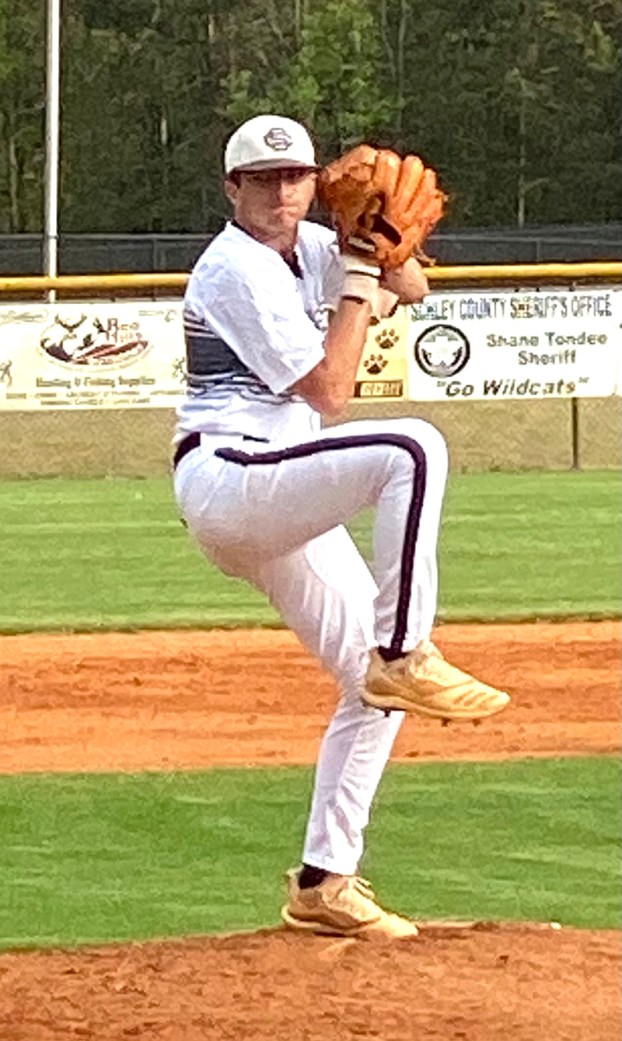 Schley County pitcher Trypp Lumpkin struck out seven batters and gave up only two runs on four hits to lead the Wildcats to an 8-2 victory over Tiftarea Academy. ATR Archive

CHULA, GA – In the previous game this season between Schley County and Tiftarea Academy (TA) in Ellaville on Wednesday, March 10, the Wildcats fell to the Panthers 6-4.

However, SCHS was able to exact revenge in the rematch. Starting pitcher Trypp Lumpkin struck out seven and shortstop Dylan Taylor went 3 for 4 at the plate to lead the Wildcats to an 8-2 victory over TA on Friday, April 16 in Chula, GA.

The Wildcats got on the board in the top of the first inning. Taylor led off the game with a double, but Lumpkin lined out and Owen Lamb struck out. It looked as if Taylor’s leadoff double would not pay off. However, Tucker Welch was able to reach on an error and Taylor was able to score on that same error to give the Wildcats the early 1-0 lead.

SCHS would later score another run in the top of the second when Luke Renfroe drove in Athon Hines on an RBI single. Later in the fourth, SCHS was able to extend its lead to 4-0 when Renfroe laid down a sacrifice bunt, allowing Hines to score from third. Taylor then drove in another run on a single to right field.

The Panthers were able to score a run in the bottom of the fourth, but the Wildcats were able to put the game away by scoring three more runs in the top of the sixth. Taylor drove in another RBI on a single and Welch drove in a run on an RBI single to centerfield to give SCHS an 8-1 lead.

Logan Moore homered for TA in the bottom of the sixth, but that would be it as far as offense was concerned for the Panthers.

In addition to Taylor’s contribution at the plate, SCHS third baseman Athon Hines had a good day at the plate by going 2 for 4 with two singles and two runs scored.

Lumpkin pitched the entire game for the Wildcats and had a dominating performance. He gave up two runs on four hits and struck out seven TA batters , while waling three.

Ledger drives in four runs to lead Raiders past SGA