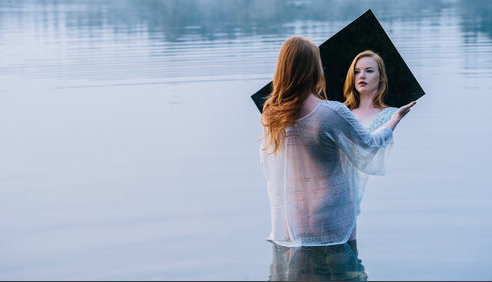 He is looking at 80 years on this planet. He has worked incredibly hard to prove himself worthy of the time given him. He is known in his profession as being one of the best. He has the most prestigious awards on his wall. His family adores him. His community calls his name to serve in various ways. He never stops. Except his physical heart won’t keep up with his emotional heart. He has been forced to keep a speed he finds entirely too slow. He constantly wonders if life has remembered him.

She awakens every morning in a doll house she dreamed of as a little girl. She wakes up her beautiful children, fills them full of love and sends them on their way. She goes to the job she adores. She receives “I love you” texts from her dreamboat of a husband throughout the day. She loves creating a space where her family and friends find great relief. She serves her community with dignity and passion. She is forever asking, “Is this all?”

Everyone knows her name. She is on everyone’s invitation list. People come to her because they know she will have an answer or be able to point them to someone who does. Her influence is wide. She has 100 little black dresses and 115 places to wear them. Everyone lights up when they see her coming. She oozes comfort and ease. She is lonely most of the time.

He is consistently in the best of moods. He is the picture of happiness. He spreads joy with each breath he takes. Laughter flows in his company. There is a light in his eyes which has never dimmed. His “good morning!” is a proclamation of fact. People want to live in his world. He smiles all the way up to his ears. He and his psychiatrist are constantly adjusting his medication to ensure his depression and anxiety don’t suffocate him.

She has always been a beauty. You will never catch her looking less than perfect. She doesn’t have to try; it happens naturally for her. From pajamas to sequins, she wears it all with a grace which only can be considered a gift.  The very way she moves is a dance like none other. Everyone notices her. Everyone remarks on her exquisite presence. She is completely deaf. She is exhausted from throwing pennies into the fountain of youth.

He is well respected and highly sought after. He literally brings healing. He is considered one of the brilliant ones. He has so many successes he has lost count. People are confident putting their life in his hands. He can speak languages very few can. He is fluent in kindness, motivation and hope. However, he often misses meals and sleep for having to deliver news which will devastate a family. He knows he is talented; he knows he can perform the most complicated of tasks. What he doesn’t know is if he can put together the words one more time.

He is the “go-to” person at home, at work, and even in the community. With a little time, he can accomplish the impossible. He is a warrior. He brings out the warrior in others. He is sought after to make champions. He is driven to accomplish and whatever he touches turns to gold. He is amazing in so many ways. Everyday he questions if he has what it takes.

There are mirrors. Their job is to reflect back exactly what is. But they never do. We get to decide what we see in the mirror. There are facts in our world. Then there is Truth.  Mirrors are great at telling the facts, however, they are not so good with Truth.  And liars, they come in many forms. The biggest liar you will ever meet is fear. It will tell you, “You don’t have what it takes.” Fear will tell you, “You are way too much, yet you are not nearly enough.” Fear will laugh in ridicule as you get closer and closer to accomplishing the impossible. Fear is powerful. Fear is loud. Fear is the parasite which eats your life as it grows stronger. Fear breeds confusion. But fear, fear is always a liar.

Surround yourself with people who know this and make it a point to speak Truth to you. Those are your people. Not every person is your person, but some are, and they are the ones who see the fear, often times because they are haunted by it themselves. But they have found bravery in pulling the fear out from under the bed and putting a light on it.  They will speak to your broken pieces and embrace them as beautiful. Be a person who knows everyone has a jagged wound, infected with fear, needing the balm of kindness and acceptance. Today, let me tell you what I know to be true of you, no matter who you are. You are delightful. You are exactly what is needed. You have what it takes. Anything telling you less is fear, and it is lying to you. Be a person who calls out fear for what it is. Be the person who brings the Truth. There are very few who can, but oh, how we need you.  There are many mirrors, it is an easy job. Be the person who is so much better, so much braver, so much stronger than the mirror. Be the Truth, who slays the fear. Be the Truth, because oh, how we have a job for you to do.