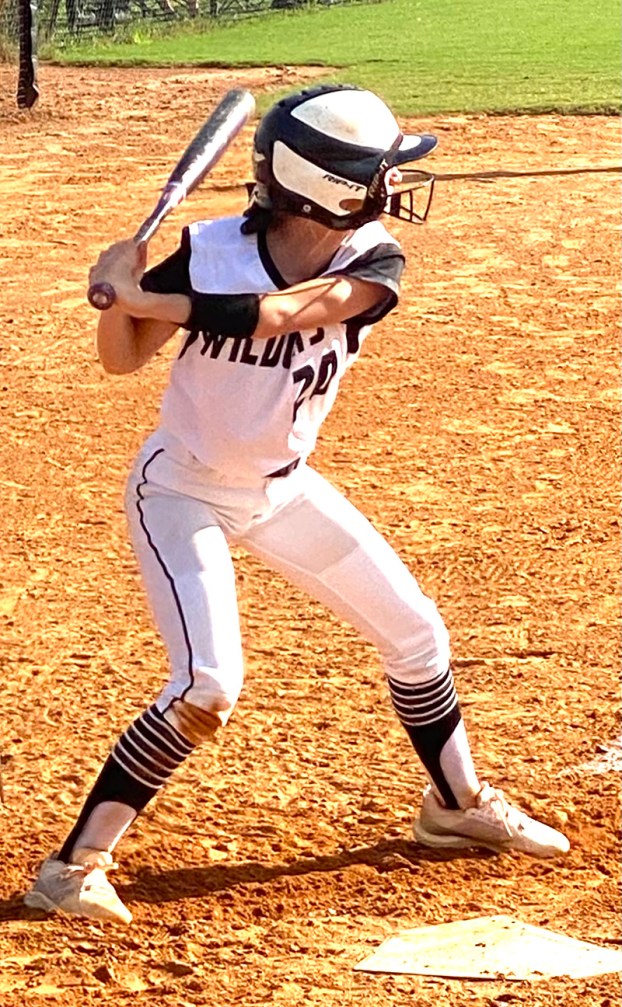 Schley County pitcher Makenna Wurtz went 2 for 3 at the plate with an RBI and two runs scored in the Lady Wildcats’ 5-3 victory over Wilcox County. ATR Archive

ELLAVILLE – The Schley County Lady Wildcat Softball Team (SCHS) was tied 3-3 with Wilcox County going into the bottom of the sixth inning. However, thanks a wild pitch, an RBI fielder’s choice by Lizzie Barineau and an RBI triple by Emma Walker, the Lady Wildcats (6-11) were able to end their six-game losing streak with a 5-3 victory over the 16-6 Wilcox County Patriots (WCHS) on Monday, September 27 at Wildcat Park on the SCHS campus.

Barineau, Makenna Wurtz and Landry Whaley each went 2 for 3 at the plate to lead the SCHS offense. Barineau had two doubles, drove in two RBIs and scored a run, while Wurtz drove in an RBI and scored two runs. Emma Walker had one hit in the contest, but it came at a crucial time of the game, as she was able to drive in Liberty Justice on the RBI triple in the bottom of the sixth.

Wurtz got the start in the circle for the Lady Wildcats and pitched the entire game. She gave up three runs on nine hits and had one strikeout.

WCHS jumped on the board with a run in the first inning when Mary Katherine McDuffy drove in Destiny Tisdol on an RBI single, but the Lady Wildcats tied the game in the bottom of the third when Barineau led things off with a double and Maddie Walker drove her in on a two-out RBI single. SCHS took the lead in the bottom of the fourth when Wurtz drove in Berkley Goodin on an RBI single. Barineau came up big again later on in the inning when she doubled to centerfield, scoring Wurtz from second and giving the Lady Wildcats a 3-1 lead.

However, today would finally be the Lady Wildcats’ day to shine. In the bottom of the sixth, Wurtz led things off with a single and Liberty Justice drew a walk, putting runners at first and second with nobody out. Then both runners moved into scoring position on a wild pitch and Barineau was able to take advantage of it by driving in Wurtz on a fielder’s choice, giving the Lady Wildcats a 4-3 lead with one out.  Emma Walker then tripled to left field, scoring Justice and giving SCHS a 5-3 lead.

Wurtz was able to get McDuffy to ground into a fielder’s choice and got Bailee Barnard to pop out to second base to end the game and the Lady Wildcats’ six-game losing streak.

Walker tried for an inside-the–park home run, but was thrown out at the plate. Nevertheless, the crucial damage had been done and the Lady Wildcats had a two-run lead.

In the top of the seventh, the Lady Patriots tried to rally, as Tisdol led off with a single and White moved her over to second on a fielder’s choice. Then Mayghan Hanner was able to reach on an error and the Lady Patriots had runners at first and second with only one out.

However, there would be no heartbreaking loss on this day for the Lady Wildcats.  Wurtz was able to get McDuffy to ground into a fielder’s choice and got Bailee Barnard to pop out to second base to end the game and the Lady Wildcats’ six-game losing streak.

SCHS will try to build on this victory when the Lady Wildcats step back into Region 5A-Public competition on Tuesday, September 28, against Taylor County in Butler, GA. First pitch is scheduled for 5 p.m.