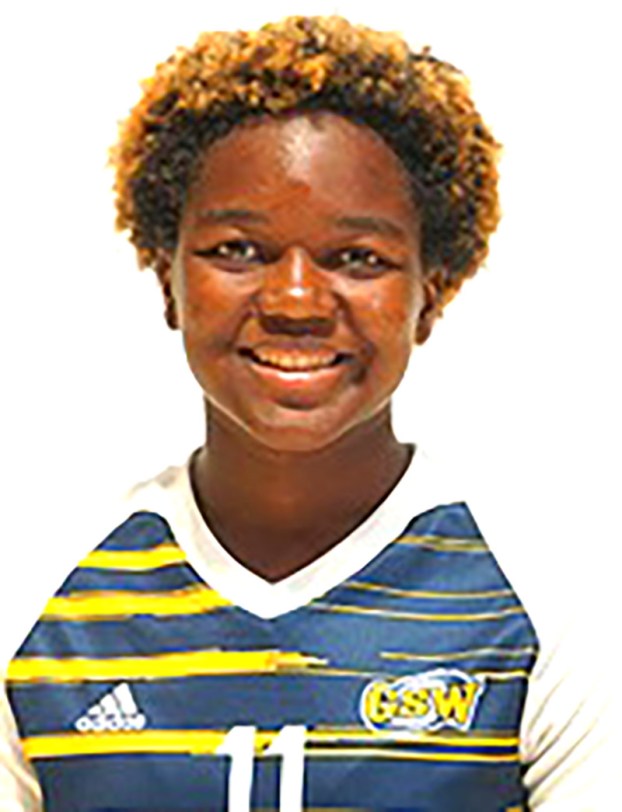 GSW Freshman Forward Avondrea Singleton scored the golden goal in the 106th minute to give the Lady Hurricanes a 1-0 victory over Young Harris College on Saturday, October 2. It was the first victory for GSW over YHC in the program’s history and it was the team’s first victory over a Peach Belt Conference squad in 11 years. Photo by Christopher Finn

GSW Goalkeeper Grace O’Shaugnessy had eight saves on the day and the defense held strong, facing an onslaught of shots from the Lady Mountain Lions’ offense. The defensive battle came to a thrilling end in the 106th minute when Avondrea Singleton received a pass from Geraldine Alvarez and put a shot to the right of the keeper to give the Lady Hurricanes their first Peach Belt Conference win in 11 years.

Singleton’s goal ended the 11-year drought and also gave the Lady Hurricanes their first win over Young Harris College in the program’s history. The win was GSW’s fifth overall victory this season and the club has now tied the record for most wins in school history.

The Lady Hurricanes will try to break the record for wins in a season on Wednesday, October 6 at home against Edward Waters University at 7 p.m.