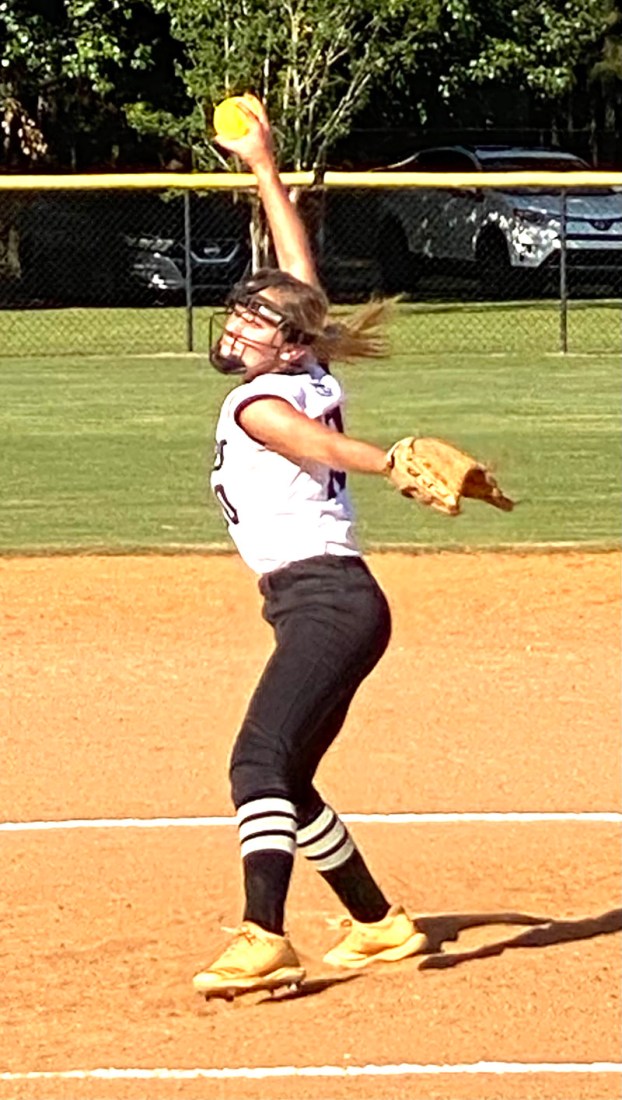 Southland Academy Junior Pitcher Maddie Godwin is seen here in action. She and her Lady Raider teammates will try to pull off an upset when they face the four-time defending state champion Westfield Lady Hornets on Saturday, October 9 in the first round of the GISA Class AAA State Playoffs. ATR Archive

AMERICUS – The Southland Academy Lady Raider Softball Team was scheduled to play its final game of the regular season at home against Windsor Academy on Wednesday, October 6, but due to inclement weather, the game has been canceled.

Therefore, the Lady Raiders will now turn their attention to the Westfield Lady Hornets, whom they will face in the first round of the Georgia Independent School Association (GISA) Class AAA Softball State Playoffs on Saturday, October 9 at the Westfield School in Perry, GA.

It will be a best-of three-games series between the two teams in the first round on Saturday, October 9 at the Westfield softball complex. Game 1 will begin at 11 a.m., followed by Game 2 at 1 p.m. If a third and deciding game is necessary, it will be played on Monday, October 11 at 5 p.m.